NewZNew (Mumbai) : ₹19.61 Crore Sanam Re 5th Day Box Office Collection Total Worldwide Earning :- “Sanam Re” is going good in cinemas and competing good against “Fitoor” and collecting much money than other Bollywood release this weekend. But after the releasing of “Deadpool” Sanam Re is getting stick competition and the Indian audience still attracting towards Sanam re and that was awesome. 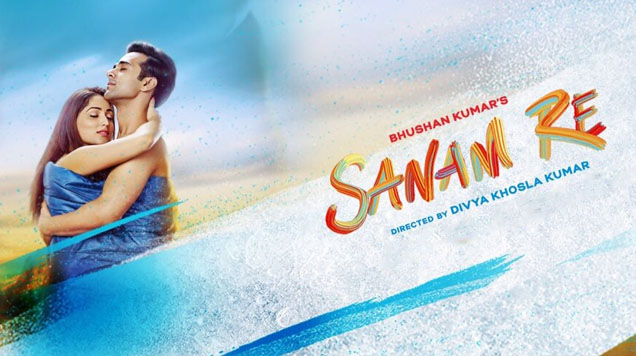 Director Divya khosla Kumar did great job on direction and Yami Gautam, Pulkit Samrat did great work on acting that type of movie become so popular among the youth and teenagers and that is superb news for the makers.

Movie is already hitting chart with the great music and all the songs become quite popular among youth and teenager.

Sanam Re is a romantic drama movie and with the good acting of both of this actor this movie is going so good among the youngsters and teenagers. This movie going to be the best movie of the career of Pulkit-Yami and they both know that because they both need a great chance to gear up there career and these movie could be the luck-charm for both of them.

Well, this movie is going to be huge hit and going to collect more money for the producer and the maker of the movie even this movie also going to set the new record for the romantic actor Pulkit.

This movie also featuring Badsaha on one song and that song also getting good buzz between youngsters.

Gift Your Mom the Taste of Your Love with Tops assorted...