NewZNew (Ludhiana) : Upcoming Hindi film ‘Zubaan’ is a story about identity and a journey of a young man from faithlessness to faith, from dark to light, from noise to music. With young actor Vicky Kaushal in lead this film is a Sikhya Entertainment and Metamozez Entertainment Production. The film is being promoted nowadays at many places but today it was something different and special for which the team was here in Ludhiana. It was the launch of a special Punjabi song from the film ‘Ajj Saanu O Mileya (The Anthem of Dreams)’ for which special guest Gurdas Maan showed up. Also the whole team visited the Qila Raipur games for the launch of this song. 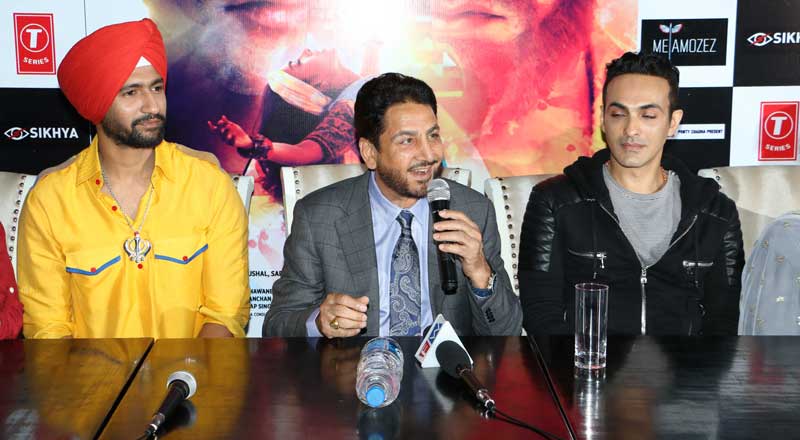 The film revolves around a young man who somehow lost touch with his first love Music. This song actually describes his comeback to the strings and tunes. The song has been sung by Mandar Deshpande and Rachel Varghese. Ashu Pathak has composed the tune and the lyrics have been penned down by Surjit Patar in Punjabi and by Varun Grover in Hindi.

The tune is a peppy number full of enthusiasm and courage. Gurdas Maan said, “I feel glad to see a big budgeted Bollywood film based on Punjab and most importantly music. This song has been beautifully composed and defines the real feel of the character in that particular situation. I congratulate the whole team and wish luck for the film’s success.”

This song’s lyricist from Punjab Surjit Patar has been known for his outstanding writing since years. On this occasion Surjit said, “It is the story of dreams and I as a writer, as an artist have always dreamt of many things in life. So connecting to the theme of the song comes very naturally. I am glad to be a part of this song which has been awesomely composed.” 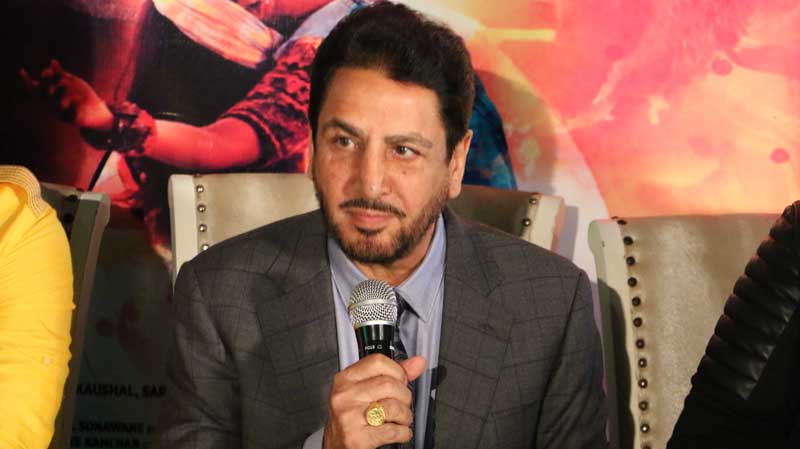 The lead actor of the film Vicky Kaushal made his mark with his first commercial release Masaan last year and gained much praise. He said, “I am very excited to be here for this event and I believe that as a new actor my stage of experimentation is worth. I am a Punjabi myself but born and brought up in Mumbai. It is a great feeling to be associated with Punjab and Punjabi music.”

The film has been directed by Mozez Singh who has written the story himself. Guneet Monga, Shaan Vyas and Mozez have produced it. Other than Vicky Kaushal, Sarah Jane Dias, Manish Chaudhary, Meghna Malik and Raghav Chanana are playing the other main characters. The film releases on 4th March all over.

‘GST Has Brought Transparency In The System But Miles To Go...