NewZNew (Chandigarh) : A live painting show, desi flute and guitar by Punjab Engineering College students presented a scene like France at Sector 17 Plaza on Saturday evening. The true French colour came when French painter Michel Granger picked his brush to create an earth that includes all – entire humanity. Granger is credited with making posters of the Paris Climate Summit-2015 and Cannes Film festival. “If earth includes all, it can be saved,” he explained after his painting session joined by top painters of Punjab. 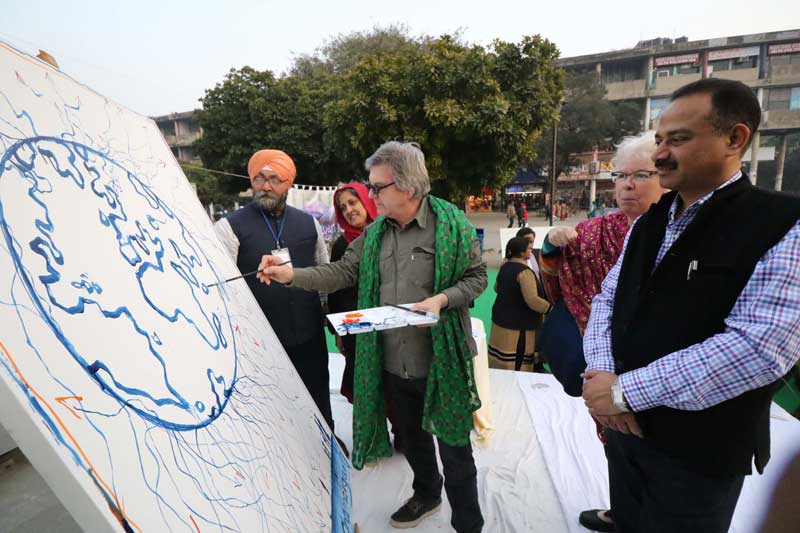 The painter Michel Granger was welcome by Mayor Arun Sood who said exchange between France and the city is old and will continue for achieving excellence. The Mayor and the French artist jointly honoured artists from Punjab who depicted different aspects of the nature. Punjab art council chairperson and former Mayor Harjinder Kaur honoured the French artist. The General Secretary of Punjab Art Council Sadhna Sandal who herself is a painter, said,”I saw every artist tuned to nature so fast within two hours. It was because, love for nature is natural and the Himalayas are a big inspiration.” Professor Raninder Sharma, a painter himself, welcomed all artists. Chandigarh Lalit Kala Academy General Secretary Ram Partap Verma, Vinay Vadera, Jaskamaljeet Singh, Guneeta Chadhha, Jaspreet Singh, Dalwinder Singh, Prabhjot Singh, Deepika Chhabra and Monika Nangru participated in the live painting show to express an artistic pledge for the cause of the Himalayas. 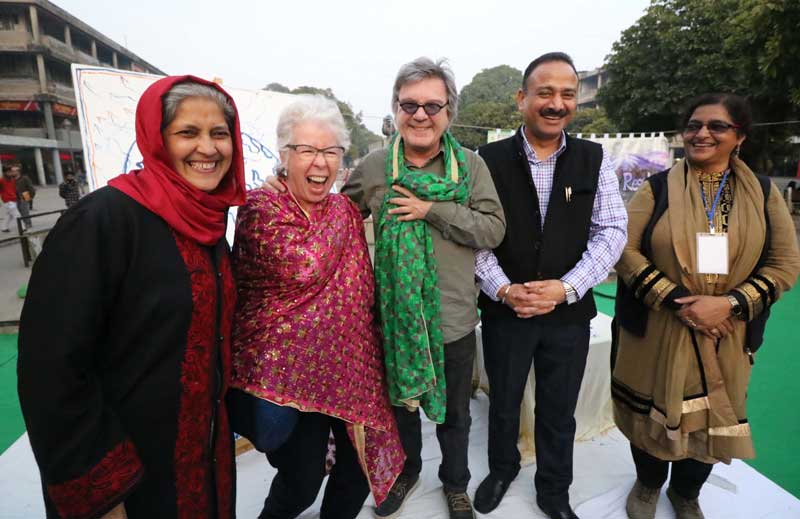