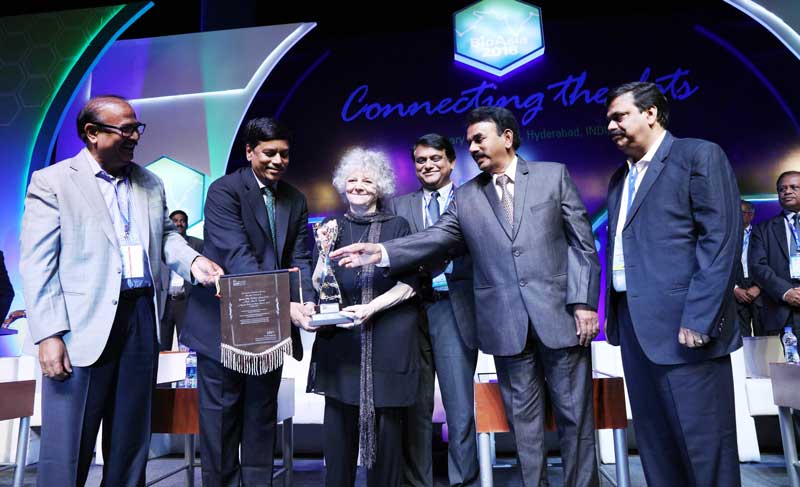 The inaugural ceremony of BioAsia 2016 witnessed many strategic partnerships and investment announcements of close to 700 Crores. The Telangana Govt. further announced 13 land approvals for Biotech and Pharmaceutical companies

Unveiling the 3D walk-through of the proposed Pharmacity, Addressing on the occasion, Mr. Jupally Krishna Rao, Minister of Industries, Govt. of Telangana, said “The year not only marks the 13th edition of BioAsia but has also achieved a benchmark of excellence. It is my pleasure to note that the platform has made tremendous progress in terms of international partnerships, participation from all sectors of the industry, collaboration with firms of high repute, facilitating several meaningful business interactions and being a catalyst in forming strategic agreements between Global and Indian Biotech industry. Over the next three days, BioAsia will feature interactive sessions, award ceremonies, networking dinners, Indo-Norwegian power breakfast meeting and many parallel tracks on various current industry topics. I hope the interactions will result into many more partnerships and fruitful industry collaborations this year.”

Commenting on the occasion, Mr. Shakthi Nagappan, CEO, BioAsia said, “We are very excited to kick start the 13th edition of BioAsia. We have received an overwhelming response to the conferences, the deliberations talk sessions and the meetings. We have excellent participation from all industry stakeholders resulting into the expected attendance of delegates from more than 50+ countries for the three day event. I am also pleased to have the participation of Norway as our Principal Country partner, Spain and South Africa as Associate Country Partners. I welcome all the delegates and urge them to make the most of this knowledge sharing platform enriched with global insights and best practices.”

The inaugural ceremony saw participation from a 10 member delegation including regulatory body representatives, industry captains, high profile speakers, etc from Norway, Spain, South Africa, Srilanka, Israel and many more. Day two of BioAsia will host sessions and panel discussions on Building a strategy for India – ways to develop Bioeconomy, Biosimilars – Make in India for Global Market, – Innovative strategies in the drug discovery etc conducted by eminent industry speakers. Day two of the conference will also host a CEO Conclave on the theme Make in India.

Ideas don’t cost a penny but can take you places says...