NewZNew (Chandigarh) : ‘The Neerja I Knew’, a coffee table book on Neerja Bhanot, was today released by Mrs. Harjinder Kaur, Councillor, Chandigarh Municipal Corporation and former Mayor of Chandigarh at a launch function held at Hotel Sip ’n Dine, Sector 7, Chandigarh. The book has been conceptualized and compiled by Aneesh Bhanot, brother of Neerja Bhanot. Mrs. Harjinder Kaur was highly appreciative of the content, design and quality standards maintained in the book. She was confident that the book would inspire the youth of the country to have a principled approach to life, stand up against any sort of injustice and overcome their fears – the qualities which were inherent in Neerja. 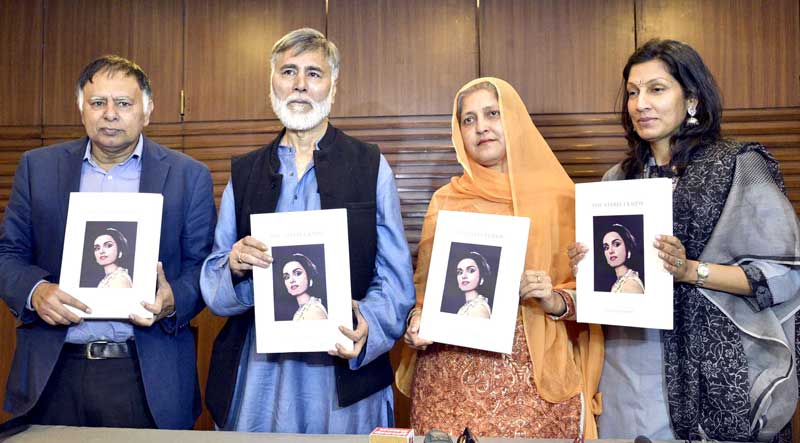 Giving details of the book, Aneesh Bhanot said, “This book is a tribute to my younger sister – Neerja – who showed the world the true meaning of courage, commitment and compassion. There are 11 chapters in the book with each chapter written by people who knew her and have related big and small incidents and delightful experiences they had with Neerja. Six of her school and college mates – Vrinda, Sunita, Eli, Naomi, Jabeen and Shantala – have written a chapter each. Wendy, who was her Trainer at Pan Am and gave her anti-hijack training. Dharmendra Shah, who was a passenger on the plane and survived the hijack, Akhil Bhanot, my brother and of course Neerja’s brother, Atul Kasbekar who has produced the film Neerja, have all written a chapter each. One chapter is basically an article written by my father, Harish Bhanot, in the Hindustan Times in 1986.”

Neerja was the Senior Flight Purser on a Pan Am flight which was hijacked at Karachi airport by 4 heavily armed hijackers. The pilot and the flight crew fled from the cockpit. Setting aside all concern for her personal safety, Neerja identified herself to the terrorists as the crew member in-charge. A long, tension – filled ordeal started. Yet, after the initial fear-filled minutes of the unknown, Neerja was a picture of calm, confident leadership. She comforted the passengers, especially the elderly and small children.

In an amazing act of courage and compassion for her fellow human beings, she hid the passports of the American passengers as the hijackers had made it obvious that they wanted to execute Americans. After 17 hours, the hijackers opened fire and set off explosives. Acting quickly, Neerja opened the emergency door and been the first to jump out and run away from the mayhem taking place inside the aircraft, but she decided not to and helped the passengers escape. She gave her own life while shielding 3 unaccompanied American children from a hail of bullets. The lives of all three were saved while Neerja lost hers.

Neerja was recognised internationally as “the heroine of the hijack” and is the youngest recipient of the Ashoka Chakra, India’s highest civilian award for bravery. She was also awarded by Pakistan and USA. In 2004, India Post released a postage stamp commemorating her. A square called Neerja Bhanot Chowk is named after her in Mumbai’s Ghatkopar (East), which was inaugurated by Amitabh Bachchan. The Civil Aviation Ministry, India conferred an honour on her posthumously in 2010 in New Delhi on the occasion of the launch of the celebrations of the centenary of Indian aviation.

United States of America to witness the grand music launch of...