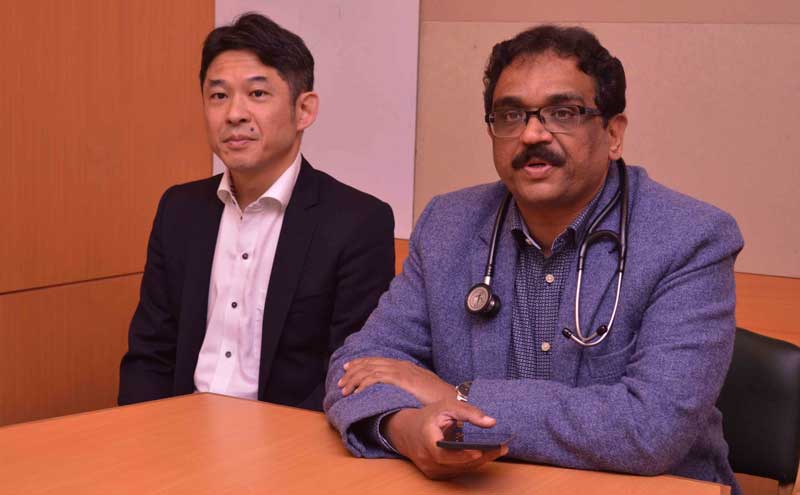 Dr. Sudhir Saxena informed that due to robust advancements in angioplasty, in many parts of the world the bypass surgery is being phased out and in countries like Japan 99% of surgeries are done through angioplasty.

Dr. Kawajiri informed that in developed countries, open heart surgery is becoming less popular, even when 100% blockage of artery is there, as less-invasive procedure has been developed, like antegrade and retrograde angioplasty, with which blocked arteries can be opened safely, and stent can be deployed.

Dr. Sudheer Saxena, informed that Max Hospital have had three workshops by Japanese doctors, and the fourth one is being conducted by Dr. Kawajiri, in order to make special efforts to tie-up with world-class super-specialists who, not only share their expertise with us, but also save lives with the latest know-how and technology.

At Max Hospital Mohali eight such advanced angioplasty procedures have been done in critical patients, and three more would be done today by Max team along with Dr. Kawajiri, Dr. Saxena informed.

Total coronary artery blockage is a serious condition and is widely prevalent in population of the region due to sedentary lifestyle, diabetes, consumption of saturated fat, and hypertension, Dr. Saxena said.

This is a minimal invasive procedure and patient can be discharged in two days who can resume normal life, he added.

Dr. Kawajiri would be operating upon a few critically serious patients suffering from CTO at Max Hospital and later would be addressing a CME for doctors in the evening, informed Dr. Saxena.

Obey Traffic rules & be the “Honhaar Singh” of Amritsar

Handwritten Magazines of 397 Primary Schools made