NewZNew (S A S Nagar) : Chandigarh Group of Colleges Jhanjeri visited Chandigarh War Memorial to remember supreme Sacrifice of Soldiers who heroically fought for our nation. It is located in the beautiful Bougainvillea garden of Chandigarh and  is dedicated to those soldiers who laid their lives defending the country since independence. The Memorial, lists the names of Martyrs from Punjab, Haryana, Himachal Pradesh and Union Territory of Chandigarh. Army protects a country and its citizens from any external attack, terrorist attacks, during natural disasters etc. Even in Pathankot terror attack Army Heroes lost their lives to maintain security of our nation. 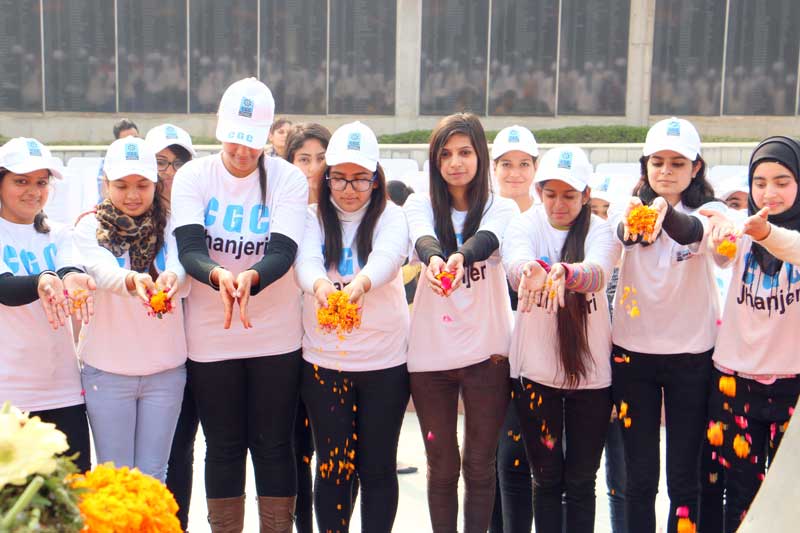 Appreciating their heroic deeds of brave soldiers President CGC Rashpal Singh Dhaliwal said that Chandigarh War Memorial serves as a reminder of the supreme sacrifice of.Army is the backbone of every country. The youth should draw an inspiration from the brave martyrs and should take a step forward in serving the nation. Their immense love for the Motherland can never be forgotten.