NewZNew (Mohali/Chandigarh) : Aiming to restore the pristine glory of Indian wrestling and nurture the finest wrestling talent across the hinterlands that can metamorphose the country into a global wrestling powerhouse, “Champion’s Pro Kushti” is all geared up for its inaugural match between international wrestlers Sangram Singh and Robbie E at the Mohali International Hockey Stadium on February 6, 2016. 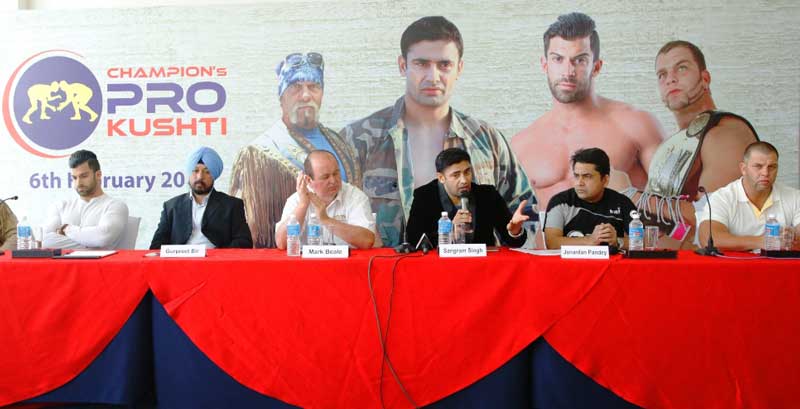 Going all out to popularise wrestling across the country, Champion’s Pro Kushti has extended an invitation to one and all to witness the eagerly awaited duel for free. All roads will lead to the Mohali stadium as the action unfolds at 6:30 pm.

Announcing the initiative, world wrestling champion Sangram Singh, who has teamed up with leading entrepreneur and diehard wrestling enthusiast Janardan Pandey to form Champion’s Pro Kushti in association with World Wrestling Professionals (WWP), South Africa, said, “We are looking to promote Indian wrestling or ‘kushti’, especially in Tier-II towns and beyond, where the country’s most promising talent is simply waiting to be tapped. We want to make India the Number 1 wrestling nation, for which we need to do things differently. Champion’s Pro Kushti is set to bring that difference.”

Elaborating on the grand plan, Sangram Singh, who views Champion’s Pro Kushti as a small way of giving something back to the sport which gave him name and fame, said, “Under Champion’s Pro Kushti, we will open training and competition centres at 10 locations across the country in the next two years. We have decided on seven of them, including Chandigarh, Gurgaon, Kanpur, Indore, Bhubaneswar, Mangalore and Kolkata, and are in the process of finalising the other three. We will spot and adopt promising wrestlers, provide them the best of trainers and training facilities. National and international Pro Kushti championships will serve for them as a platform to showcase and hone their wrestling skills.” 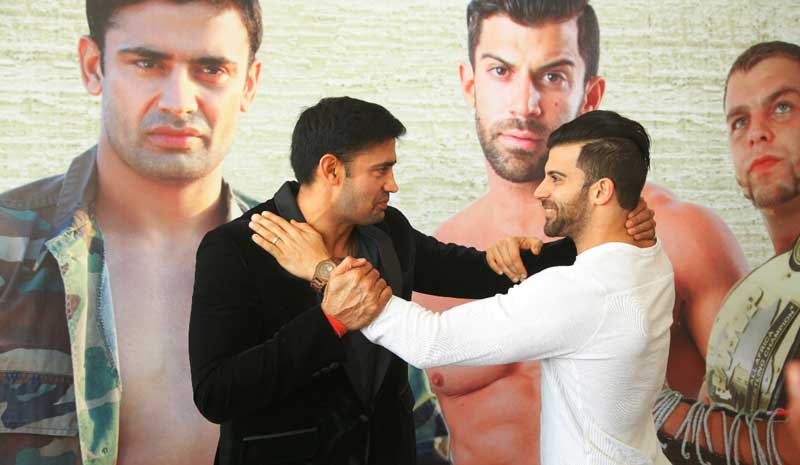 Sangram Singh said they had set their eyes on small towns and villages to unearth India’s immense wrestling potential. “We will have expert coaches in each of the centres to hone the talent pool. The best 8-10 wrestlers from each centre will make it to Champion’s Pro Kushti and get a chance to prove their mettle against some big names in national and international wrestling. A breeding ground for budding wrestlers, Champion’s Pro Kushti will provide much-needed international exposure to our youngsters under an icon system and enable them to take on the best in the world,” he said.

Sangram Singh said Champion’s Pro Kushti has been developed on a new format which will give wrestling a chance to flourish and offer the people an opportunity to get a real feel of the sport.

This sporting affair, though, will not be without its fair share of glamour quotient with popular wrestling icon and celebrity Sangram Singh as its face.

Champion’s Pro Kushti co-founder Janardan Pandey said their initiative is aimed at bringing Indian wrestling, which has its origin in the ancient martial art of Malayuddha, into the limelight. “We will equip our wrestlers with the right combination of traditional Mallayuddha and modern grappling techniques. We will also be inviting regional corporates to be a part of this initiative by collaborating with the centres in Tier-II towns for providing training facilities to aspiring wrestlers,” he said.

Pandey said WWP, South Africa has decided to emulate the Champion’s Pro Kushti format for the Commonwealth Heavyweight Championship 2016 to be held in Mumbai later this year, where Sangram Singh will defend his title.

Rohit Dhiman eager to show his competence once again on the...