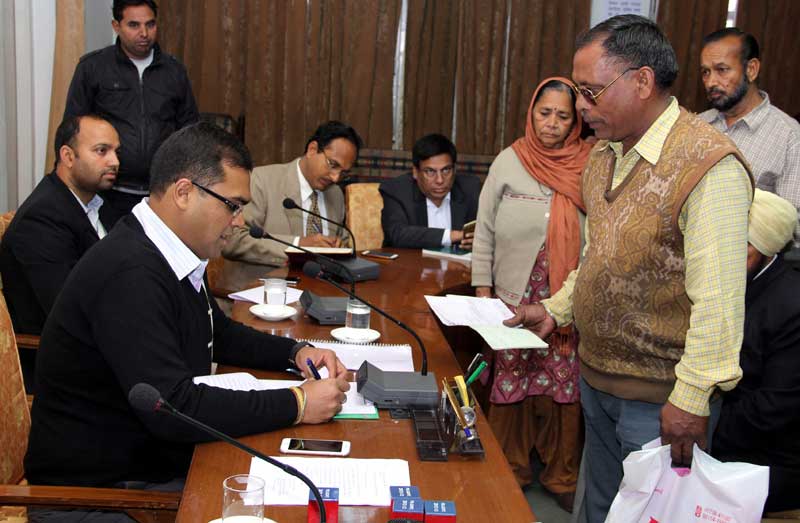 He said that during today’s Sangat Darshan total 44 applications were received. The Deputy Commissioner Bathinda had conducted 11 sangat darshan programs so far. Directing the officers present at the sangat darshan the Deputy Commissioner said that every applicant should be given a personal hearing and the problems be solved on priority basis. He also directed the officials to ensure that no applicant has to run from pillar to post to get his or her problem redressed.

He also directed the officers to soon give reports regarding the complaints received.