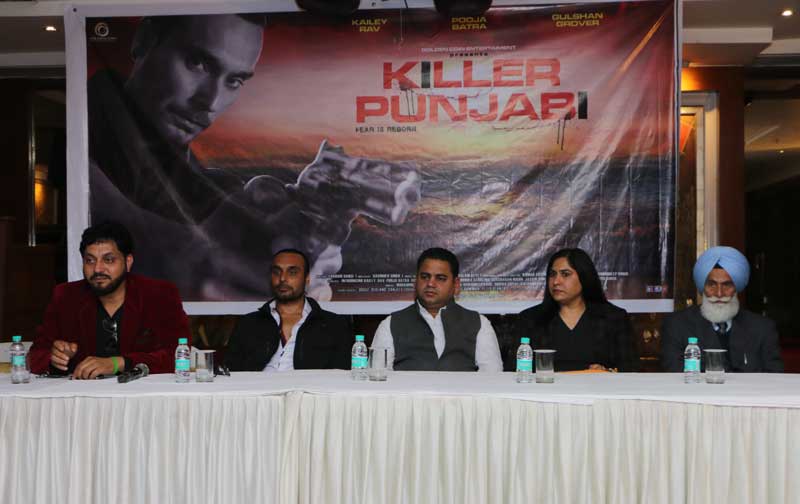 NewZNew (Chandigarh) : Punjabi feature film ‘Killer Punjabi’ poster was released today at Hotel Western Court. On this occasion, the hero of the film Kailey Rav, co-star Shefali, Monica, Charanjit Lubana, Jasbir Gill, Sunny Sandhu were present . The film is made under the banner of Golden coin Entertainment which is directed by Lakhbir Bansi. 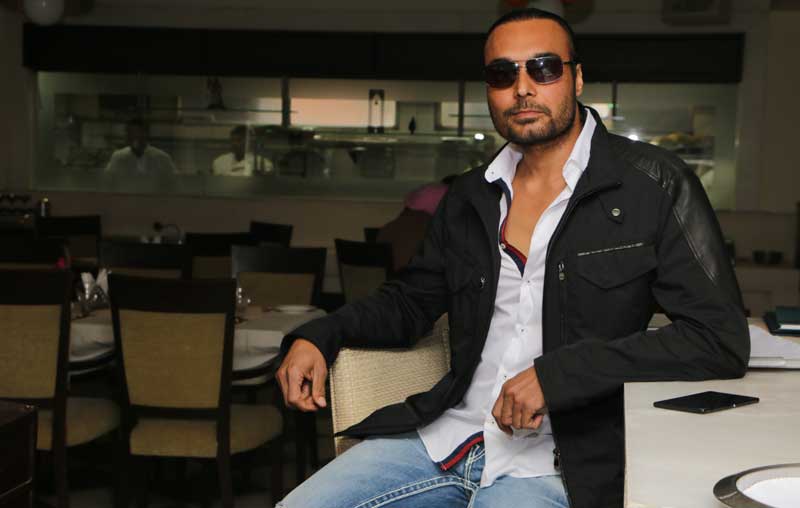 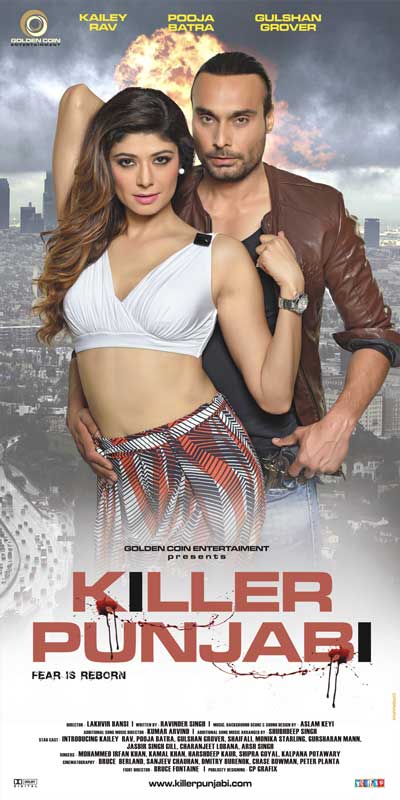 While speaking with media persons, hero Kailey Rav said that, he originally hails from Ludhiana’s village Khavraj but now he is settled in Canada for the last 15 years. Six feet two inches tall Kailey fond of acting since childhood and he has also done some video films.

He said it is an action thriller film, which is full of romance and glamour. It is a very expensive film, which is designed to move away from the other Punjabi films. This is a Hollywood style film shoot up in Las Vegas (USA) and Vancouver (Canada). Some Part of the film is also shoot in Punjab. Bollywood actress Pooja Batra played a key role in this film. Actor Gulshan Grover plays the villain character in this film. The film revolves around contract killer Rave, who never fails to kill someone for money.

Meanwhile, Rita (Pooja Batra) enter in his life and both fall in love. After that story takes a new turn. There are four songs in the film, which is composed by Music Director Aslam Keyi and Arvind Kumar. The film will be released in April 2016. Swaranjit Varaich of Sovi Entertainment managing the distribution of the film.

Our Pick of the Best Brand New Family Drama Series