NewZNew (Chandigarh) : Society for Centralized Recruitment of Staff in Subordinate Courts S.S.S.C, High Court of Punjab & Haryana, has conducted a large scale examination comprising over 1 lakh candidates across the States of Punjab, Haryana & Union Territory of Chandigarh. The mega exam was held for selection of 424 regular Clerks, to be recruited in various District Courts in Haryana. 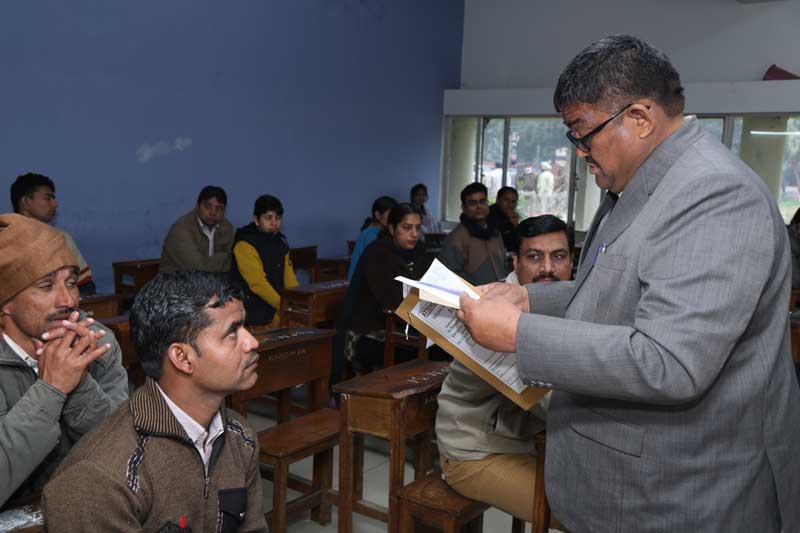 As a new initiative, S.S.S.C. captured biometric attendance and photographs of all the candidates who appeared at the designated centers with in-house facilities. The examination was conducted across 182 examination centers set up in the cities of Faridabad, Kurukshetra, Ambala, Chandigarh, Mohali, Patiala and Bathinda.  Also, as a new innovative measure, for the benefit of candidates who came from faraway places, Baggage and Mobile Management Counters were set up at all centers that helped the candidates in securing their belongings and mobile phones.

“S.S.S.C. has developed in-house capabilities for conducting such large scale recruitments for Government bodies and is self sufficient  for capturing biometric attendance, setting up of CCTV Cameras alongwith Baggage/Mobile Management Counters. The attendance at each centre is also recorded through online based attendance system.  Also, in order to ensure security and restrict the candidates from taking incriminating material inside the examination centers, frisking of all the candidates was organized. Separate frisking enclosures for female candidates were setup at all the locations.” Said Karan Garg, Member Secretary, S.S.S.C., High Court of Punjab & Haryana

During this recruitment process, around 1300 biometric officials were deputed, 1400 officials to man baggage and mobile management counters were pressed into service, 1800 police officials were deployed to maintain law and order, around 2000 ministerial staff from Courts was deputed in control rooms and around 4000 invigilators were present at centres. A Computer Proficiency Test will be conducted for candidates who qualify the written examination, and thereafter, the final result will be declared