NewZNew (Chandigarh) : Chandigarh is all set for “Big Chandigarh Marathon-Season 4”, a mega sports event organised jointly by Exotic Grandeur, a project by EXOTIC Group and 92.7 BIG FM which is scheduled to be held on March 13th, 2016. This marathon is being launched for the proud residents of Chandigarh to pass the message of “I will make my city- A smart City”. Both, Exotic Grandeur and Big FM believe that “Big Chandigarh Marathon-Season 4”, will be an ideal opportunity for all tri-city residents to support the smart city initiative and show their love for the city beautiful. 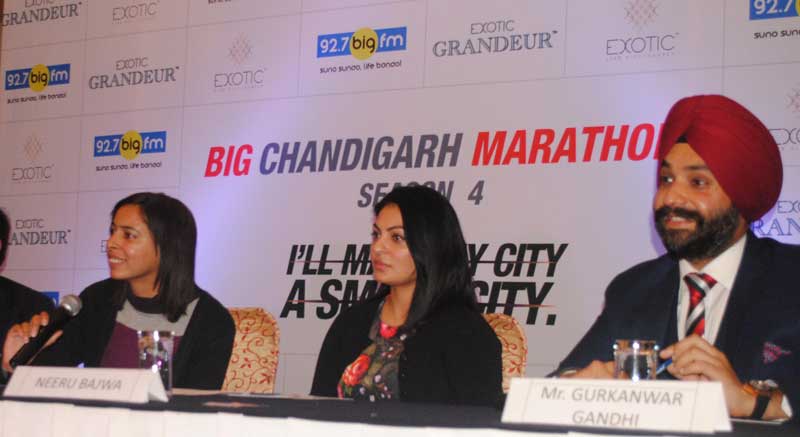 A Press Conference to launch the “Big Chandigarh Marathon-Season 4”, was held today at Chandigarh by the organizing officials of Exotic Realtors and Developers and 92.7BIG FM. The marathon this year is divided into two parts, one for professional runners ie 21 kms Half Marathon ( Age Group 18 to 50+ ) and the other 5 km Run for Fun for General Public including  Children , students to Sr Citizens. Every kilometer in the 5-km run will be implemented for a cause & will be dedicated to the concepts of: Smart City with Smart Traffic, Beggar Free Smart City, Pollution Free Smart City, the Smart E City & Smart Gender equality to support the Chandigarh’s journey to become the most modern, peaceful, prosperous and the ultimate SMART CITY. While the 5 km Dream Run would start at 8 am, the 21 km run would start at 6 am, from Rock Garden on 13th March 2016. 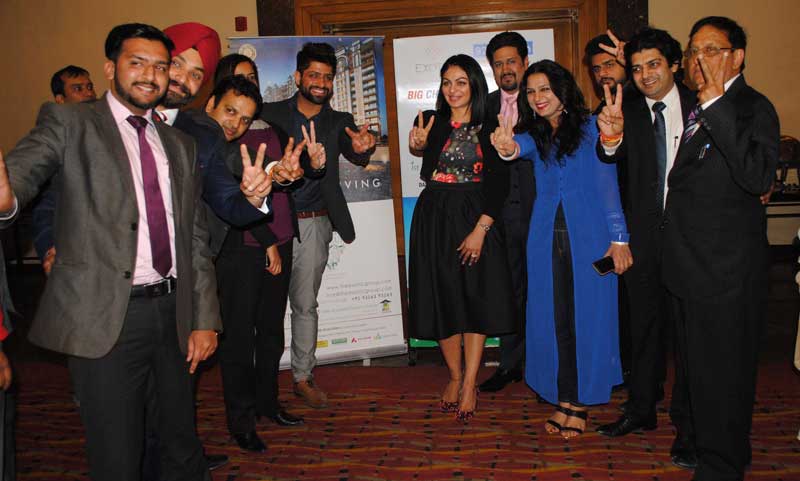 It was also shared that the registrations to participate in the Marathon have been recently been opened and the organizers are already beginning to see a huge wave of enthusiasm and support from the tri-city residents. Those interested can register by giving a missed call on 180030101927. Registration Charges for the Half marathon is Rs 500 & for the 5km Run for Fun is Rs 100 only.  The registration amount collected from the participants in the marathon this year will be donated to Chandigarh  Administration /NGO for beautification of the City under Smart City Project.

In addition to the above, organizers have also announced a prize money amounting to Rs 2.5 lakh for the winners in different categories of 21 Kms Half Marathon “Big Chandigarh Marathon-Season 4”

Adventurer & famous Punjabi actress Neeru Bajwa also joined hands with the Initiative, while addressing the media in the Press Conference today she said that, “The time has yet again come for all tri-city residents to put their best foot forward and participate in this exciting event. It is the time to celebrate the city’s everlasting spirit and energy. I urge everyone to sign up, train well, go the distance and spread the message of health & fitness, communal harmony to the far corners of our country.” 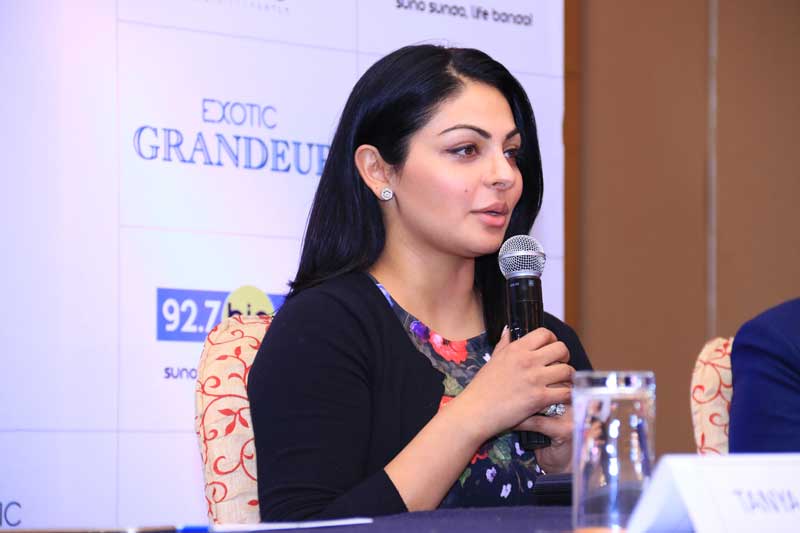 Many Star celebrities from bollywood as well as pollywood are expected to join Chandigarhians in this cause on 13th March.

Speaking on the occasion BIG FM spokesperson said that we as responsible corporate citizens are always at the forefront of taking such initiatives which bring about productive & noble social changes in the growth of the city. Spokesperson of EXOTIC Group said that, “It is a matter of pride for us to get associated with Big FM to promote Big Chandigarh Marathon, season-4. We have joined hands with them as there is a synergy in our thought process to promote the concept of Smart City.

Our upcoming project “EXOTIC GRANDEUR” has everything that makes it a smart living option for the tri-city residents. Starting from the provision of Wi-fi, 24×7 CCTV surveillance, jogging tracks, security access to each apartment & ample parking space to procuring the 1st GREEN BUILDING certification (pvt. sector) from GRIHA to ensure a healthy environment and achieving a 5 STAR rating from CRISIL. The 30 years Legacy of un-match construction quality by Exotic Group has been aimed at giving a smart environment to the residents of city beautiful”.

The organizers also informed that elaborate traffic and security arrangements will be made to make the marathon successful and smooth.