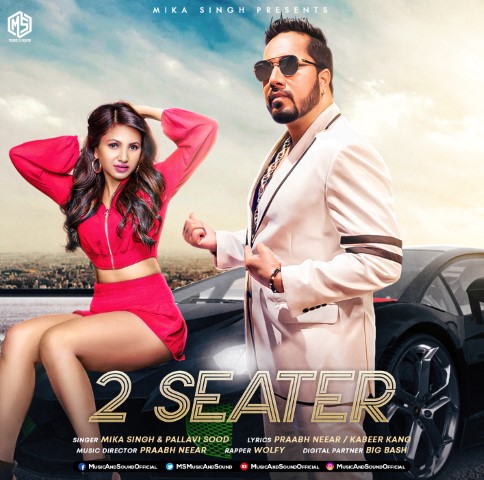 Now, Mika Singh is here with his next music video and song called ‘2 Seater’ which is released worldwide today. The song is sung by Mika Singh and Pallavi Sood together.

The lyrics of the song have been penned by Praabh Neear and Kabeer Kang. Praabh Neear is also the music director of the song. With Mika and Pallavi vocals, the rap is done by wolfy.

Further on discussion with their team it is revealed, the song has been shot exclusively in the beautiful locales of California and other parts. On the release of the song Mika Singh said “We are really excited about this song. We shot it in some amazing sites in the US, specifically in California.

The shots are beautiful and one to remember. It’s a youth song and my co-singer in the song Pallavi Sood has done a tremendous job in it.”

Fans simply enjoy listening to him whether it’s his singing or a dancing number. Likewise it’s expected from 2 Seater.