NewZNew (Mumbai) : Sunny Leone’s Mastizaade Movie Review And Ratings | Box Office Collection :- The Bollywood film “Mastizaade” is ready to hit theater this week, staring Sunny Leone, Tussar Kapoor and Vir Das. The film “Mastizaade” touted as an adult sex comedy and reportedly the film is filled up with heavy raunchy and double meaning dialogues. So you can’t watch the movie with your family, but the film will be an entertaining for the youth audiences. 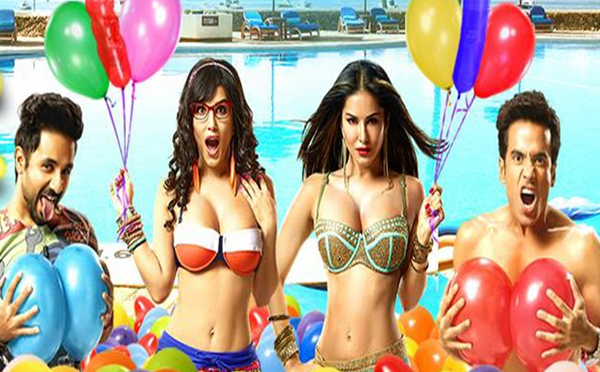 In the movie Sunny is keep seducing Tussar Kapoor and Vir Das and the boys are literally smitten by Sunny’s hotness. Riteish Deshmukh is also playing an important role in the movie, it will be his special guest appearance.

Riteish Deshmukh is playing role of a love guru in the movie who runs an Ashram called “Aurgasm Ashram”. How Riteish entry will changed Sunny’s life, story is all about that. Till now trailer, teaser and all that are liked by the audiences.

The question is whether the film will be liked by the audiences or not. Film will be hit theater tomorrow and then the picture will be clears. It will be interesting to see what will be the audiences’ reaction for the film.

Last week Tussar Kapoor’s another sex comedy “Kya Kool Hain Hum 3” released but the film only managed to do decent performance at the box office. The film was unable to stand in the front of “Airlift”.

It is a full-fledge comical movie
Huge hype, publicity, buzz and promotion
Sunny Leone’s dual role at the same time she is hottest too

Details of the film “Mastizaade”: