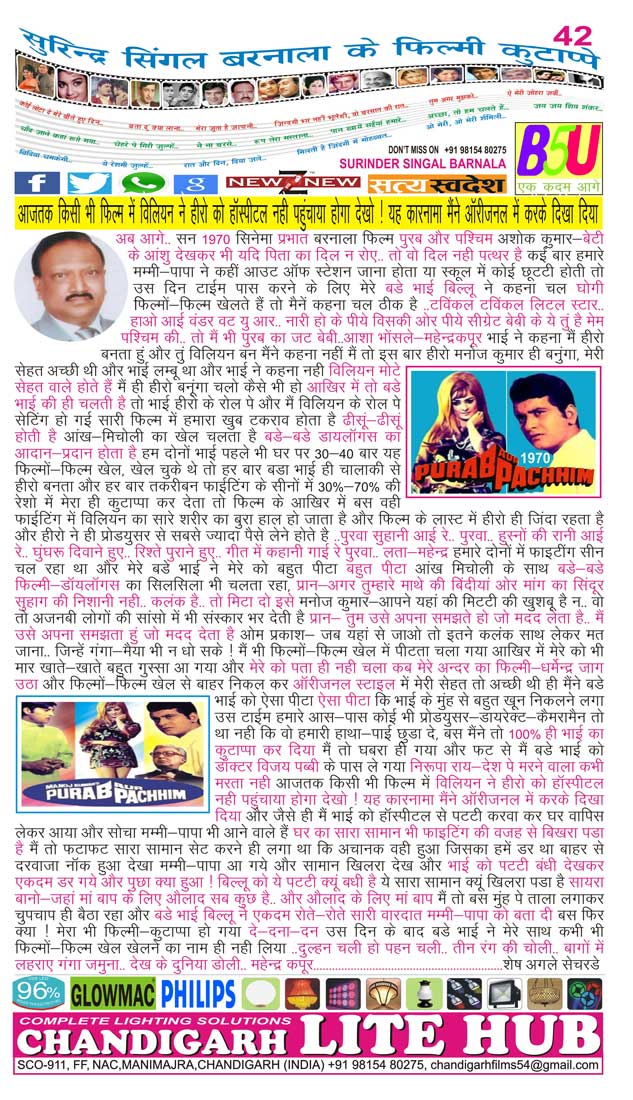 As the readers are already aware that I went to Bombay after my 8th standard exams and after spending about two and a half months later my mother broke the news of I failing in the exams. I had to return back to Barnala for my studies. So after appearing in 10th class Punjab School Education Board exams, I set towards Bombay again and started the same routine of watching 4-5 movies a day, going to see shootings and catching a glimpse of the movie stars. My brother got me admitted in a prestigious school in SantaCruz, where kids of many celebrities were studying. I was so excited to go to the same school as them. But once again my bubble burst when I got the news of my failing the 10th class exams. Again I was sent back to Barnala. Had I passed those exams and studied in Bombay, I would have been a renowned star, producer, director or comedian today. But Alas! That remained a dream for me. I got admitted in SD College Barnala and it was a complete different life from that at school. No one bothered if you are attending classes or coming to college. I got enough time and pocket money to satisfy the demon hungry for movies inside me.

In 1972 at Moga, college students and ticket touts got into some verbal fights and students went on strike. The Regal Cinema was set ablaze by students and two students died in police firing. Condemning this incident, college students all around the state went on strikes and held candle marches. I was leading the strike at Barnala. Finally the matter was settled on condition that the students will be charged half the rate of the ticket on the weekdays, since weekends are the main days to earn handsomely for cinema houses. Due to half charges, we started watching movies more than ones, since no one was there to keep a check in college.

The closing ceremony of the 5th Global Literary Festival Noida

JET AIRWAYS to equip pilots on Boeing 737 fleet with iPads