NewZNew (Chandigarh) : Zee TV’s top rated primetime drama Jamai Raja that never ceases to keep its viewers hooked with a gripping narrative, is all set to add an extra punch of entertainment with the spunky actor Tanaaz Irani joining the star cast. But there is an interesting twist to the tale…It is a rare scenario where an actress steps in as a replacement of her own ‘real life’ relative  in the show! This unique situation of sorts  happened with actor Tanaaz Irani, who will be essaying the role of ‘Resham Chachi’, a role that was earlier enacted by her real life sister-in-law Delnaaz Irani. The talented actor who has previously won hearts with her flawless portrayals in various shows over her decade long career is geared up to tickle your funny bone,  donning an all-new avatar of the effervescent Resham Chachi. 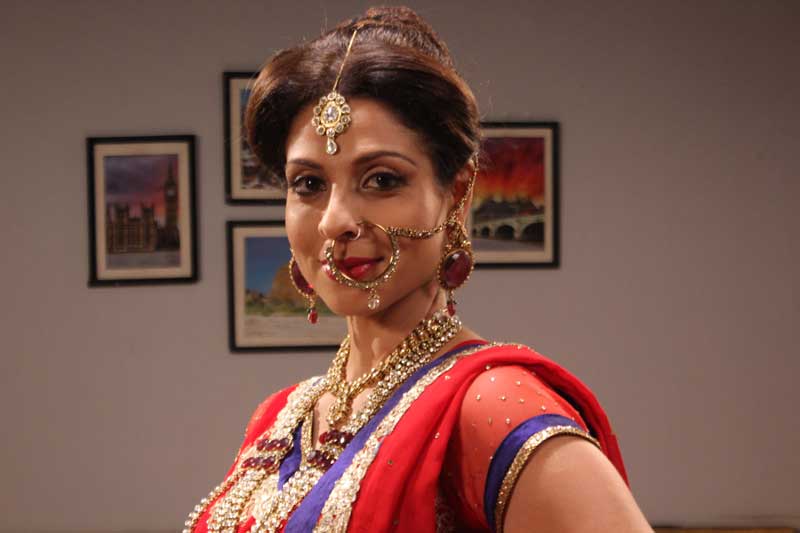 Talking about the casting coincidence and her entry in the show, Tanaaz says, “It is an amazing coincidence that I am coming in place of my real life sister-in-law Delnaaz…we just had a good laugh about the whole thing! When I got to know about the casting the first thing I did was to call Delnaaz and she was very cool and happy about it and asked me to go ahead with the show… She could not continue due to the time constraints. We both slip easily in to the comedy genre but have a varied style of doing it. She has portrayed the character of Resham Chachi in her own inimitable way and now I will give it my own spin…that it is the challenge of being an actor-  you have to portray every character convincingly. Also, Jamai Raja enjoys a huge fan following across all age groups along with a fabulous star cast so I agreed to be a part of the show instantly!

Adds the actor, “The character in the show was shown to have returned to her village but now makes a surprise comeback with a bang!  Resham Chachi is a funny, innocent character who suffers from a foot in the mouth syndrome which creates humorous situations around her. My entry will add in a comical element to the show, entertaining the audiences to the core.”

On being asked if she has worked prior with any of the cast members, she mentions “In the past I have worked with Ravi Dubey and he is a fabulous person to work with. I hope viewers love me as the new Resham chachi”, says the affable actor with a smile.

Keep watching Jamai Raja from Monday–Saturday at 8:30pm only on Zee TV

Breathe Into The Shadows Season 2 Release Date, Cast, Story And...