This upcoming Bollywood film is a journey of a young man from noise to music, releasing on 4th March

NewZNew (Amritsar) : It is a story about identity and a journey of a young man from faithlessness to faith, from dark to light, from noise to music. Here comes ‘Zubaan’, a production of Sikhya Entertainment and Metamozez Entertainment starring young actor Vicky Kaushal who was in town today to promote the film along with co-actor Sarah Jane Dias and director of the film Mozez Singh. Guneet Monga, Shaan Vyas and Mozez have produced the film and the other main characters have been played by Manish Chaudhary, Meghna Malik and Raghav Chanana. The film is releasing on 4th March all over. 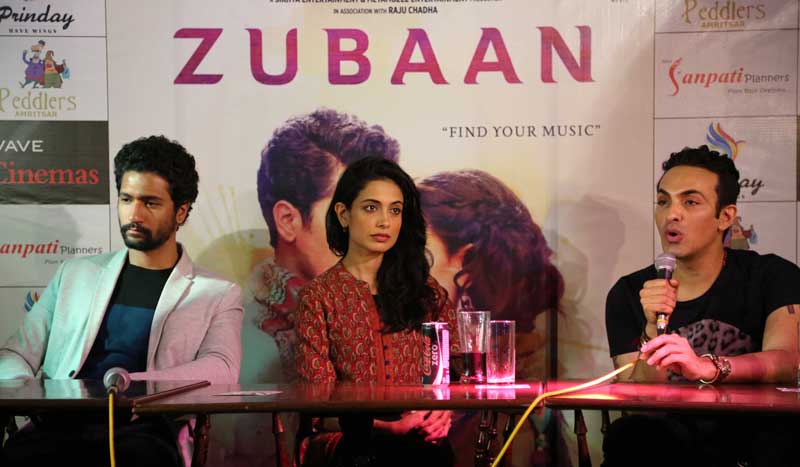 Last seen in his debut film ‘Masaan’, Vicky Kaushal is gaining praises from all over. Talking about the film, he said, “The film revolves around a young man who somehow lost touch with his first love Music. The role was challenging and I enjoyed every bit of it. I believe the film is a new kind of Bollywood- a mix of commercial cinema & world cinema at its best. And this is very exciting for me an as actor. And at the end of the day it is all about a good engaging film which I think Zubaan certainly is.”

Leading lady Sarah Jane Dias is playing the girl who gets the young man back to his best interest music. Talking about her role she told, “Mine is an inspirational character which excited me first when it was narrated to me. The story has been beautifully written and will certainly make a mark. You can’t really miss this flick and its amazing music.” 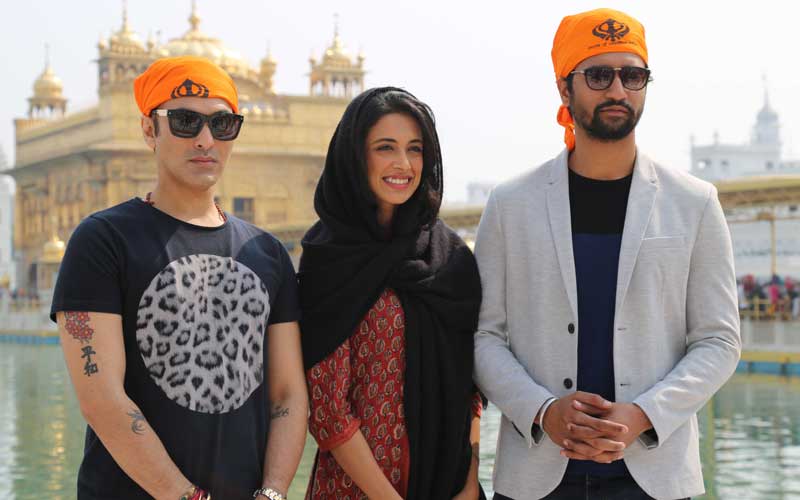 Director Mozez Singh believes that the audience of this film will see their own story on screen. He said, “Very often most of us are compelled to do something because of our circumstances and we keep ignoring our real interests. Especially when we are younger, we lose our way and chase the wrong dreams. This film might help you get inspired to get back to what you always wanted to do, to follow your heart and find your voice. Our hopes are high and we are keeping fingers crossed. Everyone has put more than 100% effort in this film.”