NewZNew (Chandigarh) : As many as 300 students took part in a “Walkathon”, to spread the message of conservation of Oil and Gas. The participants were students from different schools of Chandigarh. State Level Coordinator, U.T. Chandigarh & Senior Regional Manager of HPCL, Mr. Gagandeep S Sodhi was also present at the event. The Walkathon was flagged off from Sukhna Lake. 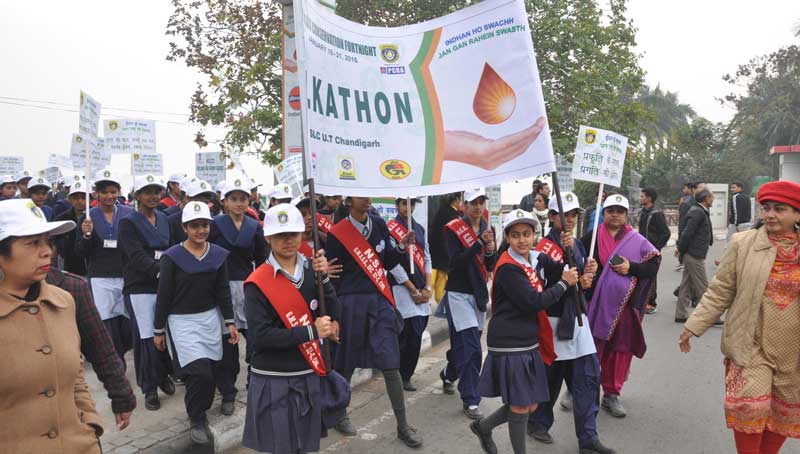 The Walkathon was organised as part of the Oil and Gas Conservation Fortnight (OGCF) 2016. The drive is meant to educate people in conservation of petroleum and gas, the Ministry of Petroleum & Natural Gas through Petroleum Conservation Research Association (PCRA) and Oil PSU companies has been organizing OGCF since 1991 throughout the country. The aim of today’s event was to focus attention and create mass awareness amongst citizens for conservation of Oil and Gas and the importance of keeping our habitat green for our coming generations.

Said Mr. Sodhi, “The Government is seized of the problem and it is taking various measures to decrease consumption of these products. The mass awareness programme is meant to sensitise people to save fossil fuels which were fast depleting.”

Also Read :   Ahead of Modi UNGA speech, spotlight on art of 15-min pitch