NewZNew (Mumbai) : Actor Salman Khan, who celebrated his 49th birthday on December 27 at his Panvel farmhouse, spent the day predictably with his family and friends. But here’s what made his birthday as Dabangg as the star himself.

A starry guest list was not the only highlight of the night. The actor’s strawberry cake also enjoyed its moment of fame.
Join Newznew on Telegram 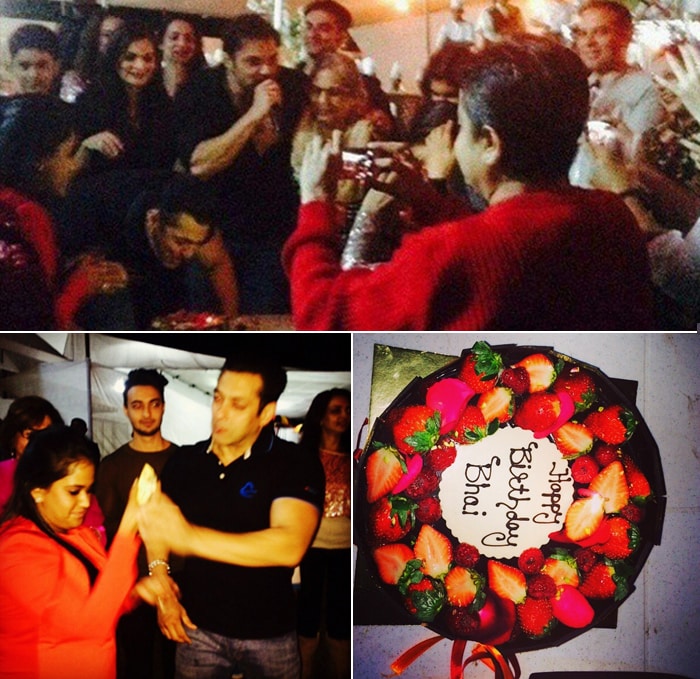 But it was what happened after cutting the cake which truly made his birthday spectacular. The actor’s father, writer Salim Khan, excited about his son’s special day fired shots in the air to mark Salman’s day Dabangg style.

The family reactions in the picture are worth a mention. While other member have covered their ears or are trying to stop Salim Khan, Salman can be seen roaring with laughter.

Salman was the perfect host interacting with his guests and having the time of his life. Like always the huge Khan-daan spent the day merrily, much like a Sooraj Barjatya film!