newznew (Chandigarh) : Mrs. Anjali Raut Gill, who lives in Mumbai,is married into tricity, & keeps travelling to & fro; has won the Mrs India West 2017 Crown. It is noteworthy that Mrs India Pageant and Productions Pvt Ltd by Deepali Phadnis is organsing the Mrs. India World Beauty Pageant the Grand Finale of which will be held in the Month of June. Anjali, who is half Indian & half Russian,interacted with media to share this achievement of hers & also future plans she has for Chandigarh. 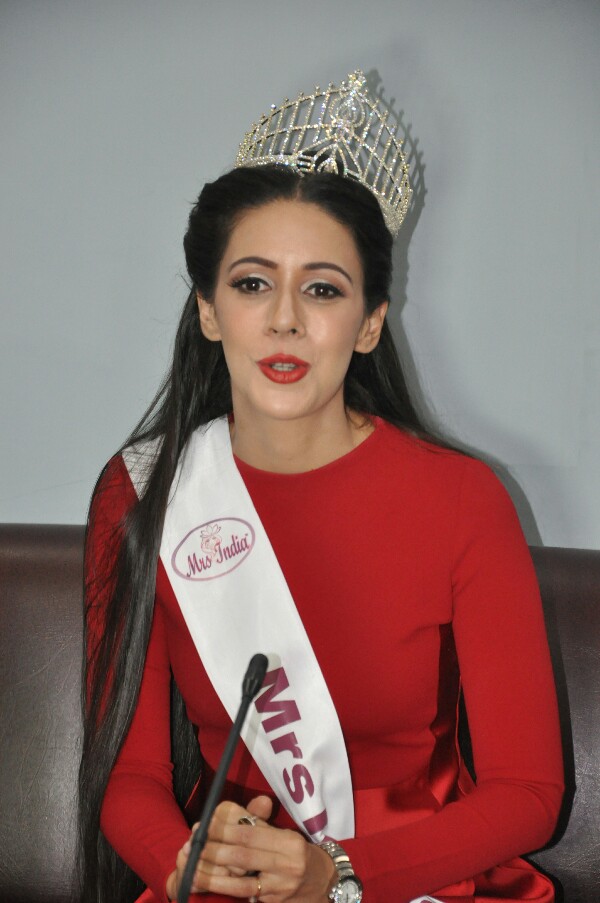 Anjali is an entrepreneur running a Talent Management Company & Modelling School – ‘Cocoaberry Ministry of Talent’ with her sister Ms Alesia Raut. “My Company is more of a National training hub with its base in Mumbai and one centre in Chandigarh, catering to the North of India. I plan to strengthen operations of the Chandigarh Chapter of my initiative. My aim is discovering latent talents who are potential and need guidance, polishing and discovery of their true inner self.” Said Anjali.
Adds Anjali, “We are into talent hunting, & have given 6 finalists in Miss India 2017 from different states. The finalists are Miss India Jammu & Kashmir, Chhattisgarh, Jharkhand, Kerala, Karnataka & Madhya Pradesh. I am now very eager to mentor a face from Tricity for the prestigious Miss India Title.”

The Academy in Chandigarh will focus on grooming young people and leading them in their direction of success.  “At the moment i am working hard & preparing to compete in the Nationals of Mrs India World.” shares Anjali. 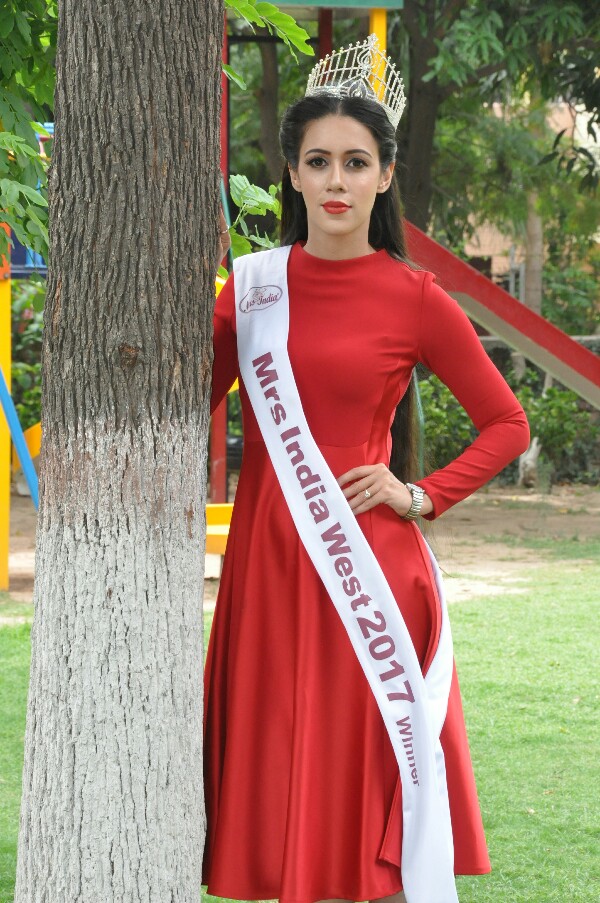 Anjali has been a successful runway model before marriage & has been following her passion post her wedlock too. She has walked the ramp in ace fashion weeks like Lakme India, Wills Lifestyle and was also a finalist in Miss India 2010.
A very unique aspect about this beauty with brains is that she believes that along-with appearing good physically one needs to also focus on spiritual well being. Anjali divulged that she practices Pranic healing & Nichiren Buddhism and has a spiritual side to her which helps her attain mind body soul alignment.

Anjali further says she desires to win the Mrs India World Crown as this will not just provide a huge fillip to her career, but will also empower her to reach out to people on a larger scale.

“I want to be an inspiration to all married women who want to etch out a name in pageants and the fashion field.” Sums Up Anjali.