Plus two SAY result 2017, Kerala +2 SAY exam result will be declared today after 2 pm if reports are to be believed. DHSE Kerala will publish the SAY exam result online at it’s website (www.dhsekerala.gov.in). The Directorate of Higher Secondary Education (DHSE), Kerala had conducted Save-A-Year (SAY Exams) for those students who could not qualify the Plus Two exams in first attempt this year. 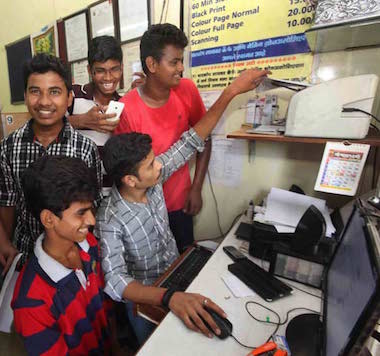 DHSE Kerala had also invited the applications for revaluation/ scrutiny/ photocopy of answer scripts from the students who had appeared in the Higher Secondary examination held in March. The applications were invited through the Schools shortly after the declaration of Plus Two results on May 15. Around 40 percent students applied for revaluation of answer sheets and are currently waiting for the declaration of DHSE Plus Two revaluation results 2017.

Directorate of Higher Secondary Education, Kerala had announced the Plus Two results on 15 May. This year, as much as 3,66,139 students (regular) had taken the Higher Secondary exams under DHSE, out of which over 83% students were declared pass. Along with the publication of Plus Two results, DHSE had asked the students to fill the prescribed form in case they wish to apply for revaluation/ scrutiny/ photocopy of their answer scripts. The applications were to be filled through the schools on or before May 25 and the Principals had to upload the details of such students by May 29 using the software given by DHSE.

The students were not allowed to apply for revaluation or scrutiny of the answer sheets for Physics, Chemistry, and Mathematics subjects. The DHSE had already made it clear that since these subjects’ answer scripts have been subjected to double valuation, there will be no revaluation/ scrutiny facility for these papers. However, the students were allowed to apply for seeking the photocopy of these subjects’ answer scripts.

Higher Secondary SAY/Improvement exam scheduled to be conducted on June 15 were postponed to June 20.

For the failed students, DHSE notified to conduct the Save-A-Year (SAY) exams, which were conducted from June 7 to 13. The DHSE Kerala is now going to declare Plus Two Say exam results today on 10th July.

Plus two revaluation results will be announced at around 2 pm by DHSE Kerala.