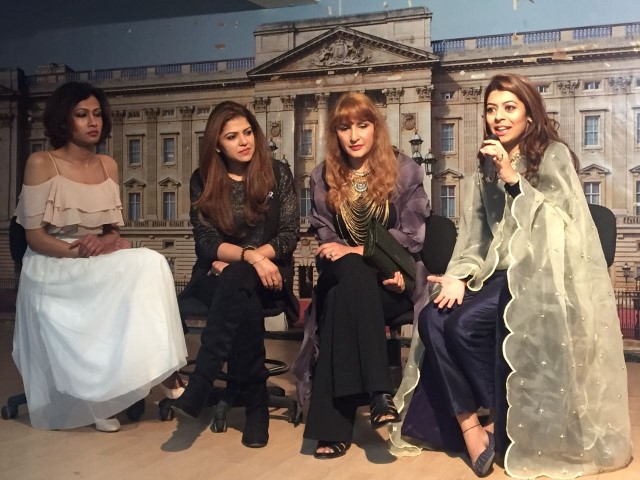 Neha’s achievement comes soon after the success of INIFD Chandigarh designer, Jatin Kanwar who hails from Himachal Pradesh has created history by becoming the first Chandigarian to showcase at Fashion Scout during London Fashion Week in September 2016. 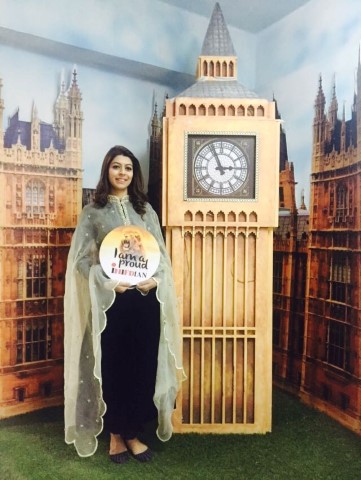 Now Neha Arora another resident of Himachal Pradesh, born in small town of Palampur and studying at INIFD Chandigarh is all set to carry the legacy forward by showcasing as Proud Winner at Fashion Scout during London Fashion Week .

Neha’s Collection “An Ageless Expression” is an attempt to transform and interpret “Madhubani Paintings” in her own way to create a fusion between the past and the present.

The main motif that has been picked is “Tree of Life”.  She has tried to depict the transformations in these ages which fill the gap between today and the past. Her collection is a summarization of royal and elegant silhouettes. Rich fabrics like silk and its luxurious variants have been used to create an elegant collection in Royal Colors- Yellow Ochre, Persian blue, Emerald Green, Maroon, Shades of Grey Age old techniques of block printing in golden colour with hand crafted Blocks, highlighted with very intricate and unique Indian “Zari Embroidery” (tilla and pitta work) have been used.

To wish Neha Arora all the very best for her upcoming Show at Fashion Scout during London Fashion Week, her fellow designers organised a warm send off for her by writing special messages and notes accompanied by a good luck cake.

Ms. Ritu Kochhar INIFD Director said “It is a matter of pride that INIFD Chandigarh student Designers will be showcasing their exclusive Design Collection for 2 Seasons consecutively, along with top International Designers at the very prestigious Fashion Scout during London Fashion Week.”

With over 20000 students, 500 shortlisted entries, finally 11 Winners which includes 2 INIFD Alumni & 9 INIFD Student Designers are the winners and 9 Student Designers are runners up who have been selected to showcase their Collection at the very prestigious FASHION SCOUT during LONDON FASHION WEEK on 18th February 2017 at one of the world’s major fashion capital – London, Event supported by Mayor of London.