While addressing a press conference, Mrs. Poonam Sharma, Mayor of Chandigarh said that the festival will be inaugurated on 20th February, 2015 in the Rose Garden, Sector 16, Chandigarh at 11.00 a.m. by Sh. Vijay Dev, IAS, Adviser to the Administrator, UT, Chandigarh. 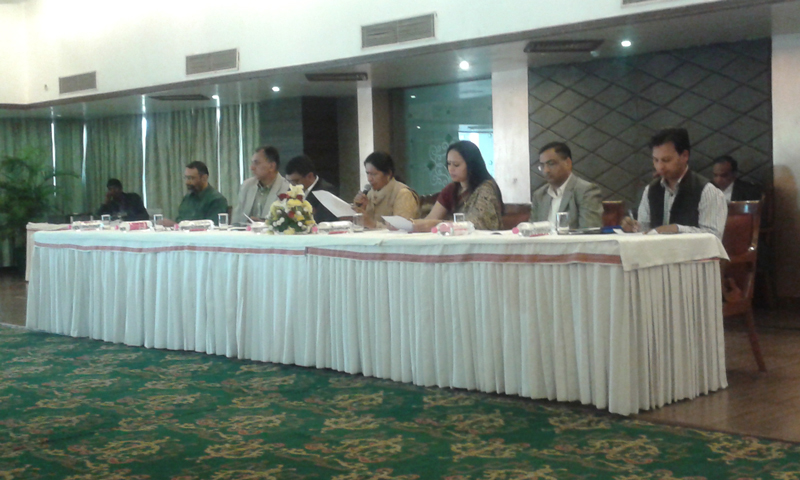 Sh. V.P. Singh, Commissioner informed that during this festival around 829 varieties of Roses including hybrid teas, floribunda, polyanthus, miniatures and climbers will be displayed.

The theme of the Rose Festival this time is “National Integration”.

Folk dance teams from different states, arranged by the North Zone Cultural Centre will participate during the Rose Festival on 20th February to 22nd February 2015 from 10 am to 4 pm daily including:-

And many more folk dances of various states will be performed during the three day Rose Festival.

This year the Municipal Corporation has also planned three cultural evenings from 5 pm to 7 pm in the main stage at Rose Garden, Sector 16, Chandigarh daily. These are including:

A special feature of Rose Festival this time will be a Classical Musical performance by musical group of “Divine Eyes” Artists from National Association for the Blind, Chandigarh on 21st February, 2015 at 3.30 pm. The artists will be including Prof. Murlidhar Sony, Kumar Shibu and others.

Dr. Gopal Krishan Shah, Professor of University of Delhi will enthrall the audience by Sitar Vadan on 20th February at 12.00 p.m.

Other than that Puppet Show and Magic Show will also be organized during the three days.

The festival will also showcase a wide array of flowers by way of flower competitions in different categories.

Competition of Neighbourhood parks maintained by Residents Welfare Associations (RWAs) from city has also been included this year.

11.00 am Inauguration of Rose Festival by Chief Guest

11.25 am Cultural Programme at main stage by NZCC

3.30 pm Programme by the Students of Blinds Society, Chandigarh

10.30 am On the Spot Painting Competition

Apart from this there will be folk dances, cultural activities, fun & frolic. Amusement park and joy rides to keep the visitors entertained throughout the day.