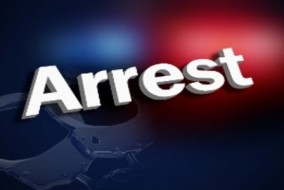 NewZNew (Chandigarh) : The Punjab Vigilance Bureau, in its anti corruption campaign during the month of December 2014 has been successful in nabbing 9 officers red handed while receiving the bribe whereas vigilance inquiry in 5 different cases has also been completed and subsequently the challans have been filed.

The spokesman further said that during the hearing of another cases filed by Vigilance Bureau, the Hon’ble courts have pronounced sentenced to 6 persons in bribery cases.