The inaugural function of cooperative week celebrations was held at Verka plant Mohali here today. The chief guest was speaker of Punjab Assembly Sh. KP Singh as the chief guest and Balbir Singh Sidhu MLA Mohali as the guest of honor for the event. The theme for the first day was “Good governance and Professionalization through Cooperatives”. 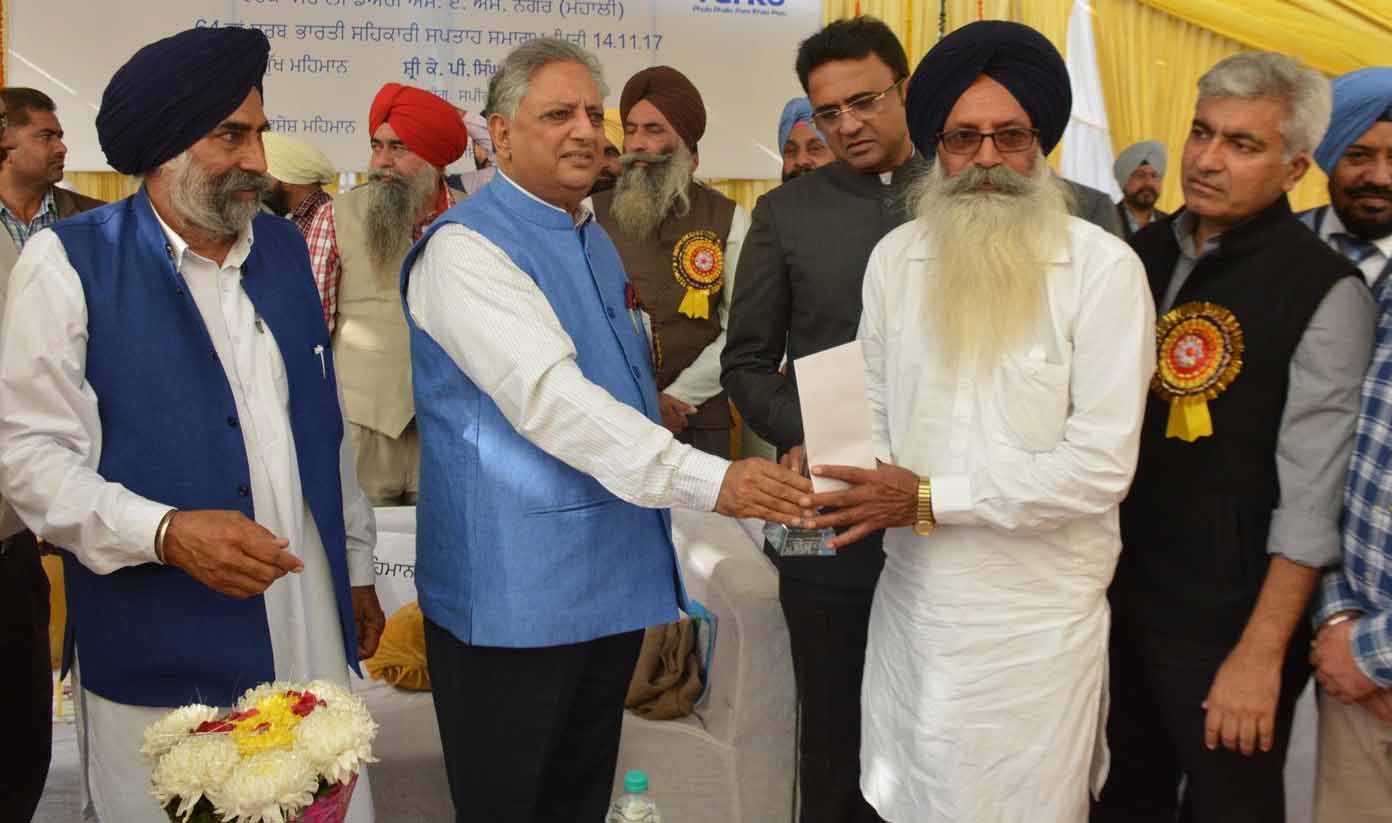 Every year The National Co-operative Union of India celebrates the cooperative week from 14th to 20th November to propagate the spirit of cooperation.

A cooperative institution is created by the members to be managed in a democratic manner to serve their social and economic needs. The principal objective before a cooperative is not only to earn the participation of its members but also to offer good services to them so that the members are able to generate additional income and social comforts for themselves. Standing true to its mission of adding more income to farmers Verka distributed the price difference money to the milk producers. About 60,000 milk producers received Rs 3.70 crore as price difference. Apart from this, a large number of self-help groups demonstrated their products in an exhibition. 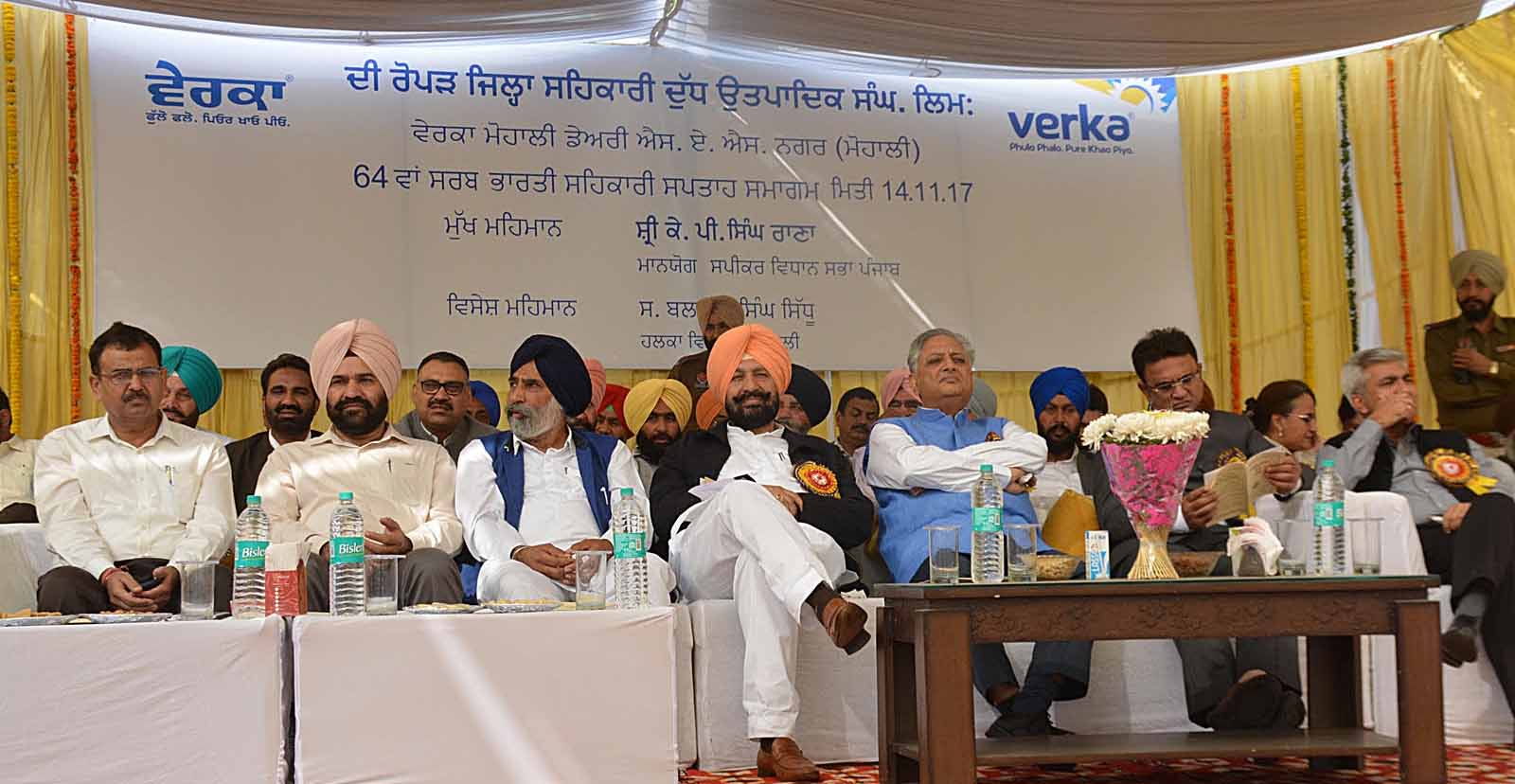 Speaking on the occasion Mr. Manjit Singh Brar, Managing Director, Milkfed said, “Cooperatives have an ability to evoke active participation of people and make it a mass movement. In today’s era of globalization the cooperatives have their unique value and acquire greater relevance. The theme; “Empowering people by digitalization of Cooperatives” is both apt and relevant. Digitalization is the need of the hour and it is very important to adapt and embrace the newer technologies.” “I am hopeful that the weeklong celebrations will provide us an opportunity to deliberate, introspect and review the achievements of Verka and help us to form strategies for future.” he added.

In his inaugural address, Rana K.P. Singh said that Verka has established its brand image not only in the country but in the whole world besides catalysing the co-operation movement to spread its reach across the state. He said that Desi Ghee of Verka brand has been in big demand in the countries like Dubai, Australia, New Zealand and Philippines as well. He further added that Verka has done business worth Rs. 2967 crore last year, whereas it has been chasing the target of Rs. 3780 crores.

Highlighting the importance of cooperatives in improving financial condition of farmers, Rana K. P. Singh said that Milkfed has encouraged the farmers of the state to opt allied occupations especially milk production. He said that MILKFED cannot be ignored for its contribution in increasing the income of the farmers.

Giving a clarion call to the farmers of Punjab to adopt allied occupations along with traditional agriculture, Rana K. P. Singh said that it has become difficult to survive on our traditional crops due to increased cost of production and challenges to meet new age expenses. He appealed the farmers to adopt modern dairy farming which is quite profitable. He also emphasized the need to give machinery to the farmers of Punjab through cooperative societies to enable them to face modern competition. He said that it would also reduce the cost for farmers as they would not need to buy expensive machinery. He also appealed Cooperative Department to lead from front to eradicate unemployment in the state.

Rana K. P. Singh said that Punjab has contributed a lot to the country’s progress but now the state has lacked behind on many fronts. He called upon all the parties to rise above party lines and work together to make the state number one state once again.

What India Is Doing About Pollution: Agam Berry, Quantified Commerce