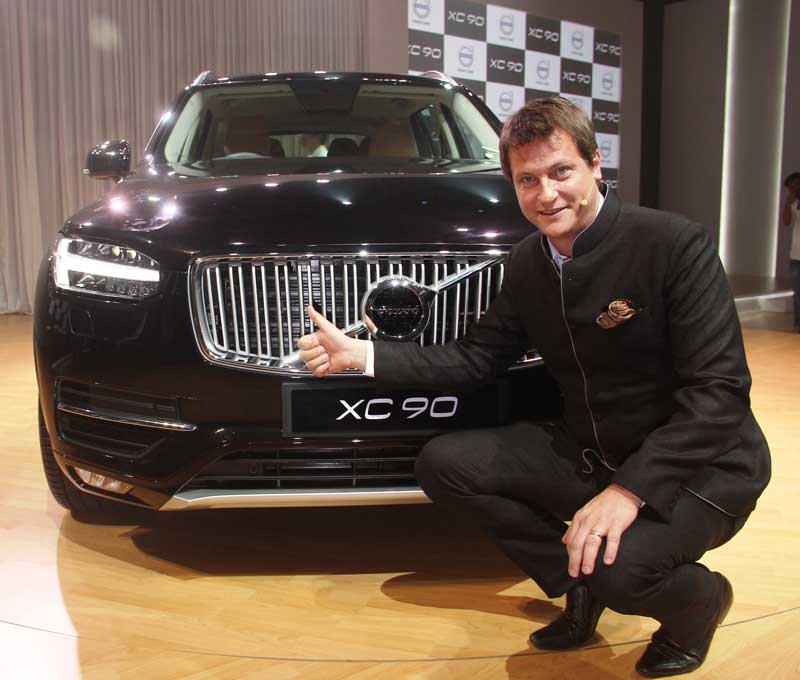 The new XC90 will be available in D5 Inscription and Momentum trims, 2.0L 4Cylinder, automatic8-Speed AWD with 225HP and a whopping 470Nm torque.

Tomas Ernberg, Managing Director, Volvo Auto India said,” The wait is finally over now. With all-new Volvo XC90, we are not just launching a car, but re-launching our brand. An example of Volvo-by-Volvo, the new XC90 marks the beginning of a new chapter for Volvo Cars, capturing its future design direction, incorporating its own range of new technologies and utilizing its new Scalable Product Architecture (SPA). Volvo has invested in USD 11Bn to develop the product and engine platforms over the past 3 years. The XC90 paves the way for a portfolio of exciting new cars to come in the following years.”

“Truly Scandinavian in its body and spirit, the new XC90 comes with the Volvo badge of world-class safety assurance. The exterior and interior carries a strong connection with the key elements of the Swedish lifestyle: the generous space, the celebration of light and the focus on wellbeing.” added Tomas Ernberg, Managing Director, Volvo Auto India. 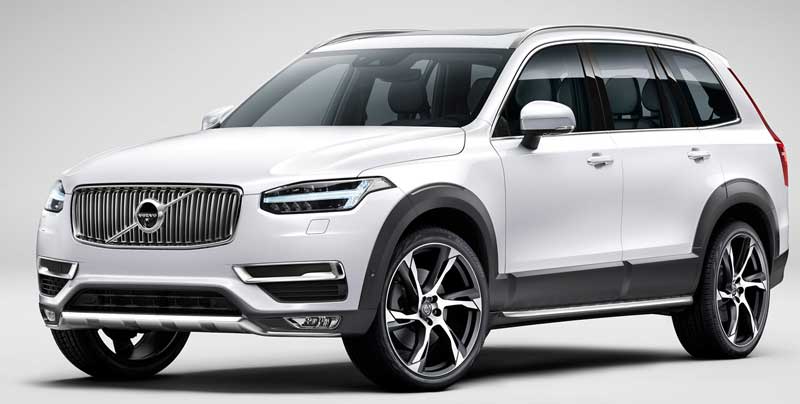 Symbolizing this historic day in Volvo’s 88 year history, the new XC90 will be the first of its cars to carry the company’s new more prominent iron mark, which has the iconic arrow elegantly aligned with the diagonal slash across the grille.  Together with the T-shaped “Thor’s Hammer” DRL lights, the iron mark introduces an entirely new, distinctive and confident face for Volvo’s forthcoming generation of cars.

The XC90’s larger bonnet with its new topography, the beltline and the sharpened shoulders, new rear lights are other important design signatures that lays the design direction for other cars to follow.To add more visual muscle from the sides, the XC90 comes with a range of wheel sizes up to 20 inches.

The XC90’s interior is the most luxurious to have been designed for a Volvo. One of the most striking feature is a tablet-like touch screen control console, which forms the heart of an all-new in-car ‘Sensus’ This system is virtually button free and represents an entirely new way for drivers to control their car and access a range of Internet-based products and services. It also helps create an interior that is modern, spacious and uncluttered. 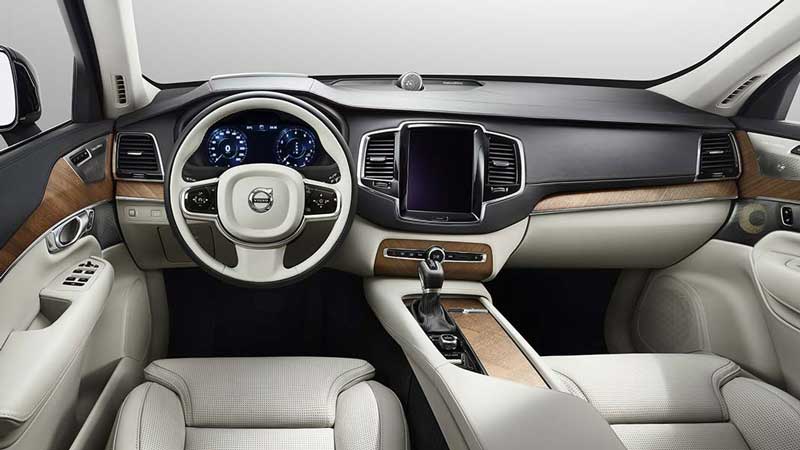 The new interior is pure and uncluttered, while still radiating the sophisticated confidence and formality that luxury SUV customers expect. The simplicity is perfectly in tune with our Scandinavian design heritage.

The new XC90 interior combines materials such as soft leather and wood with handcrafted details, Diamond-cut accents around the start/stop button and volume control. Craftsmanship has been in sharp focus during the whole development work.

Volvo Car’s new engine family VEA (Volvo Engine Architecture) comes with another world-first i-ART technology that helps to cut fuel consumption in the new diesel engines. i-ART technology makes it possible to continuously monitor and adapt fuel injection per combustion in each of the four cylinders. The self-adapting i-ART system makes sure that the ideal amount of fuel is injected during each combustion cycle.

The new XC90 is equipped with a 2.0L four-cylinder Drive-E powertrain, which provide an outstanding combination of performance and fuel-efficiency. It is among the cleanest SUVs the world has ever seen. With 225hp and a whopping 470Nm of Torguemated with the 8-Speed gearbox provides effortless power on the tap.

First SUV without compromises; one of the safest cars in the world

The XC90 is firm evidence of the Volvo-by-Volvo strategy. Its outstanding combination of luxury, space, versatility, efficiency and safety will bring the SUV segment into a new dimension, just as the original XC90 achieved in 2002.

Volvo Cars has developed Safe Positioning for their car which means that in a run-off road scenario, the all-new Volvo XC90 detects what is happening and the front safety belts are tightened to keep the occupants in position. The belts are firmly tightened as long as the car is in motion.

To help prevent spine injuries, energy-absorbing functionality between the seat and seat frame cushions the vertical forcesthat can arise when the car encounters a hard landing in the terrain. The solution is capable of reducing the vertical occupant forces by up to one third. This counteracts spine injuries, which are serious and relatively frequent consequences of these situations.

The Best in-car Audio the World would ever experience

The XC90 features one of the top audio systems available in the automotive world after Volvo Cars audio experts joined forces with their counterparts at the renowned British audio equipment company Bowers & Wilkins.

The top-of-the-line system in the XC90 features a 1,400 Watt Class D amplifier and 19 Bowers & Wilkins speakers. It also includes one of the first air-ventilated subwoofers in a car. Integrated into the car body, it turns the whole interior space into a giant subwoofer.

The latest sound processing software has been used to manage the timing of the sound and co-ordination of the speakers. This brings the emotional experience of a world-class live performance into the car.