First Indian NGO to get the prestigious award

ArriveSAFE, a city based NGO headed by well-known expert Harman Singh Sidhu, has got the prestigious Prince Michael International Road Safety Award. The NGO, which happens to be the first Indian NGO to get this award, has been given this award for tirelessly working to help issues of alcohol around driving. This is the 30th year of this award. 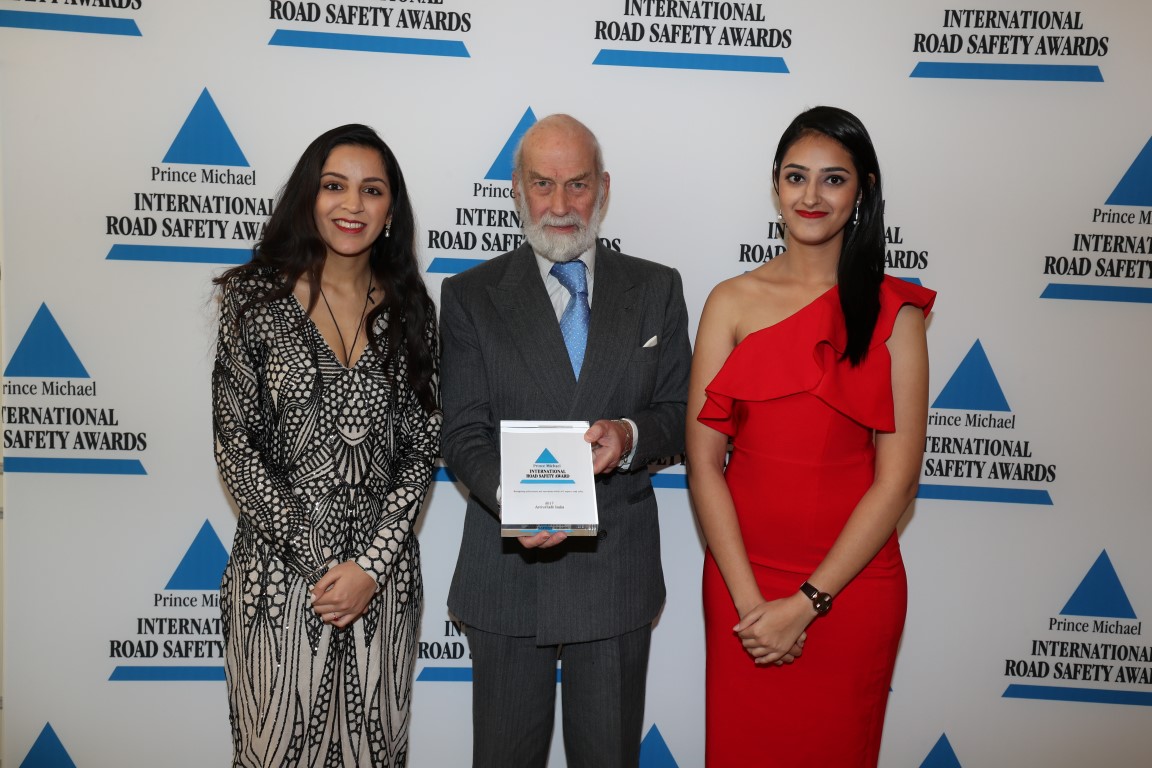 Seerat and Janina, volunteers of ArriveSAFE received the award from His Royal Highness Prince Michael of Kent at a ceremony at The Savoy, London on Tuesday, 12 December 2017.Prince Michael served as Patron of the influential Commission for Global Road Safety, and strongly supported the current Decade of Action for Road Safety.

This award is presented to companies or organisations in recognition of their outstanding contribution to improving road safety. The Award Ceremony was attended by about three hundred people and special guests include the British Road Safety Minister and a number of international leading road safety professionals.

The award was given to ArriveSAFE for the historic verdict delivered in December 2016 banned sale of liquor within 500 meters of the National and State Highways. The judges thought that ArriveSAFE was an excellent example of sustained and determined campaigning work through the constitutional and judicial system.

This is the most prestigious award in the field of Road Safety. ArriveSAFE also got the “Volvo Sustainable Mobility Awards 2013” and got the 2nd Runner-Up in 2015 both for advocacy against Drunk Driving and driving under influence. Mr. Harald Sandberg the then Swedish Ambassador to India gave those awards to Sidhu at functions organized by Volvo at New Delhi.

Harman Singh Sidhu, President of ArriveSAFE said, “The countries that give utmost importance to road safety consider availability of a liquor as a problem, hence they acknowledge our work. It’s high time that the state governments act on this order instead of finding loopholes to defeat it and the industry also supports it. This has to be done if the Government wants to meet its goal of reducing road fatalities by half.”

The Prince established his awards scheme in 1987 in the UK and now fully international, the Prince Michael International Road Safety Awards recognize achievement and innovation in road safety worldwide.

Each year the most outstanding examples of international road safety initiatives are given public recognition through the scheme and the winners are invited to a Gala Presentation held in London, where the Prince announces his Premier Award for that year.