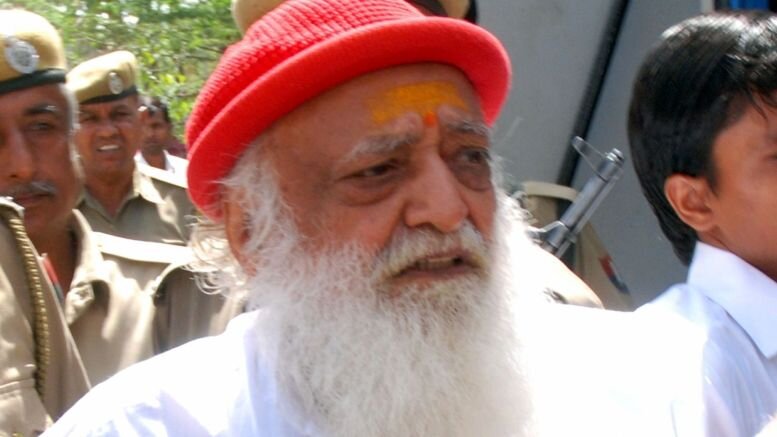 On May 7, Asaram was admitted to the ICU of MDM Hospital here after testing positive for Covid-19. Later he was shifted to AIIMS Jodhpur.

He started complaining of having breathing problem on Tuesday night and by Wednesday morning, his condition worsened following which he was shifted to the hospital. Initially, he had refused to go the hospital, but got admitted after doctor’s advice.

After preliminary examination, the doctors told him that he is suffering from post-Covid complications.

A few tests have been conducted and a preliminary line of treatment is being given to him, confirmed the medical staff at the hospital.

When the self-styled godman was admitted to the hospital last month, he had filed a bail petition in the high court expressing his desire to get treated at an Ayurveda hospital.

However, his plea was rejected based on his medical report, which was submitted by the AIIMS medical board on the direction of the high court.

Asaram then challenged the high court ruling in the Supreme Court. But the state government then stepped in and opposed granting him bail in the top court, saying that apart from AIIMS, Jodhpur has many renowned institutes of Ayurveda besides having quality medical facilities and hence he should not be granted bail.

However, the lawyers of Asaram failed to appear in the Supreme Court on Wednesday, forcing the court to adjourn the hearing to June 18.

SBI General Insurance records 50% growth in its GWP for the...