NewZNew (Chandigarh) : 2015 is now ready with first big release, Salman Khan starrer ”Bajrangi Bhaijaan”. As usual film was expected to do huge business and film has opened to extraordinary numbers and going by the initials, it seems that it will break few records in coming day.

Film released in 800 screens in overseas and 4500 screens in India. Film lost few shows to ”Bahubali” in multiplexes especially in south. But overall film was not affected by this as this is big ticket occasion release and audience flocked to cinemas no matter what.

As we mentioned in our prediction article, film opened to full houses and historic numbers today morning. Advance bookings were humongous and at places it was better than ”Kick” and ”Ek Tha Tiger”. Film was close to 75% in smaller towns and metros were also close to 60%. This went up as the day progressed and evening to night shows were packed to capacity.

Film collected 27.25 cr nett on day one which means it is highest number for pre Eid day, better than 26.40 cr nett of ”Kick”. ”Bahubali” factor in south and pre Eid might dent it by 1.5 – 2 cr nett on day one. Film has got rather better reviews than other Salman starrers so it should trend good in coming days. Film had 102 cr nett plus weekend business which was 3rd highest ever and with super solid weekday trends, it collected 184 cr nett plus in week one which was 2nd best ever.

Yesterday again film took a solid start and despite being in 8th day, film was superb. Film dropped by only 50% from 1st Friday and almost 20% from Thursday. Film collected 12.80 cr nett on 2nd Friday and as expected, it jumped big 50% on 2nd Saturday with collection of 19.25 cr nett. Film jumped again on 2nd Sunday and collected 24.05 cr nett. Film held well on 2nd Monday and added 9.30 cr nett which was just 30% drop from 2nd Friday. Tax free status in UP is helping film with at least 75 lakhs extra number on weekdays. Film added 9.10 cr nett on Tuesday which was similar to Monday. Film saw first big drop and collected 7.10 cr nett followed by 6.03 cr nett on Thursday. Film collected 87.63 cr nett in 2nd week which is 2nd best all time 2nd week after 96 cr nett of ”PK”.

Film has total of 295.33 cr nett and it is now highest grosser for Salman Khan beating his last release ”Kick” and also the 2nd highest grosser and ”PK” and also crossed lifetime collection of ”Dhoom 3” . Film will cross 298 cr nett today and 300 cr nett by day after tomorrow.

Film is almost certain to cross 300 cr nett lifetime and if it manages to hold well in 4th week then it has outside chance to reach 310 cr nett lifetime though it has no chance to challenge lifetime record of ”PK”. Film has worldwide gross of 525 cr in 16 days. Film is unstoppable in overseas too as it has crossed 150 cr in 17 days. 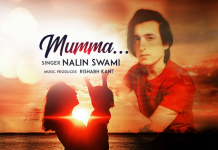 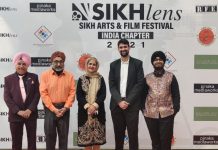 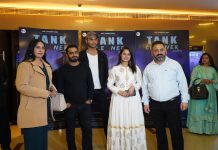