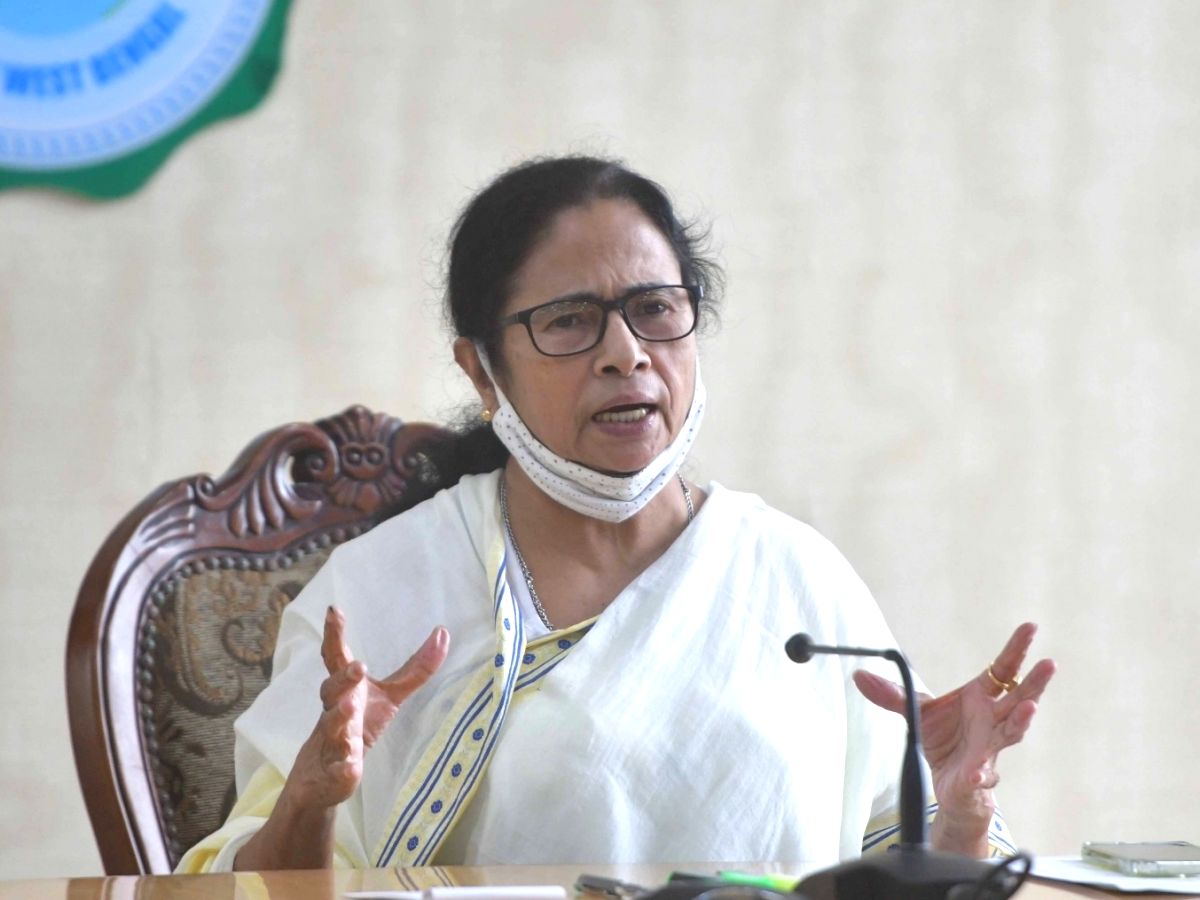 Though the cyclonic storm didn’t hit the state directly, areas bordering Odisha were badly affected because of the storm and consequent flooding.

“I will soon be undertaking an aerial survey of the affected areas in Purba Medinipur, South 24-Parganas and North 24-Parganas districts to see the damages caused by the storm,” the chief minister said in a press conference on Wednesday.

Following the chief minister’s instruction, the state administration has decided that Mamata Banerjee will make an aerial survey of South and North 24 parganas on Friday and East Midnapore on Saturday. Chief secretary Alapan Bandopadhyay will assist the chief minister.

A communique from the chief minister’s office (CMO) also confirmed that Mamata Banerjee will hold administrative meetings in Hingalganj and somewhere in East Midnapore to give necessary instructions to the district administrative officials regarding the relief operation. “Last year during Amphan there were huge allegations regarding hoarding of relief materials that embarrassed the state administration. This time the chief minister will personally oversee the relief operations and ensure that the relief materials reach the affected,” a senior official at the CMO said.

Also Read :   Infosys Strengthens its Partnership with Udacity to Enhance and Amplify the Learning Capabilities of its New Hires

Chief Secretary Alapan Bandopahyay said that the chief minister would first undertake an aerial view of the areas of Hingalganj, Sandeshkhali and Dhamakhali on May 28 followed by the local administrative meeting at Hingalganj. Officers of the line departments would also be present in the meeting.

Banerjee will set out from Kolkata on May 28 afternoon in a chopper. On the same day, she would be holding another administrative meeting at Sagar — where there is already a permanent helipad — after undertaking aerial surveys of different areas in North and South 24-Parganas and the Sunderbans.

Banerjee will also undertake an aerial survey of the areas, including Digha, Contai, Ramnagar, Nandigram and Deshapran in East Midnapore before holding her third local administrative meeting in connection with Yaas at Digha. She is scheduled to return to Kolkata on May 29.

According to initial estimates, at least one crore people were affected and three lakh houses damaged in West Bengal due to the rough weather conditions arising out of cyclone ‘Yaas’. More than 134 river embankments have been damaged causing flooding to large areas along the coast of East Midnapore, South and North 24 Parganas. The flood not only damaged houses but it caused a heavy loss to agriculture. The state government has been successful in evacuating 15,04,506 people from East Midnapore and South 24 Parganas.

The Chief Minister had undertaken an aerial survey of different affected areas after Amphan and held a similar meeting at Kakdwip where she prepared a detailed plan of action to extend necessary support to the people in distress after the super cyclone that hit the state on May 20 in 2020. She had also directed to ensure that no one gets deprived of relief materials, ration and benefits of various social schemes in the wake of the devastation caused by Amphan.

What the Jatt!! Music Launch