Big Sky Season 3 Cast Members of the Crime Thriller: American crime thriller series ‘Big Sky’ is returning on the streaming site with season 3 on September 21, 2022. David E. Kelley has created the series that is adapted from C. J. Box’s book ‘The Highway’. 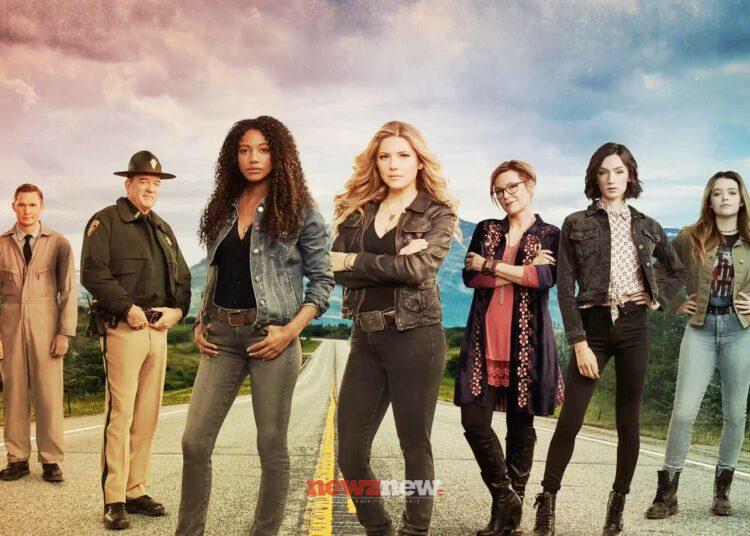 The setting of the series is in and around Lewis and Clark County of Montana.

The plot begins with the trio of private detectives romantically involved Cody Hoyt and Cassie Dewell and an ex-cop Jenny Hoyt who is also Cody’s estranged wife trying to get to the bottom of a mystery that centers on two sisters’ abduction from a remote highway in Montana. But gradually they begin to realize that other girls have also been kidnapped.

The character of Jenny Hoyt is played by Canadian actress Katheryn Winnick. In 1999 she starred as Holly Benson in the sitcom Student Bodies. From 2010 to 2011 she played the recurring role of Hannah Burley in the crime procedural comedy series ‘Bones’.

One of her most significant roles is of Lagertha in the popular historical series ‘Vikings’ from 2013 to 2020. In 2019 she was cast as the main role of Christine Gavin or “C. G.” in the supernatural action series ‘Wu Assassins.

The role of Cassie Dewell is played by Canadian American actress Kylie Bunbury. From 2013 to 2014 she was cast as the main character Lacey Porter in the teen mystery thriller series ‘Twisted’.

In 2015 she again starred as the main character Eva Sinclair/ Dawn Sinclair- Barbara in the sci-fi mystery series ‘Under the Dome. As the lead character of Genevieve Baker or Ginny, she was cast in the series Pitch’ in 2016.

Also Read :   International dignitaries to be honor by the "Hindu Dharm Sabha"

In 2019 Bunbury was cast as the main character of Angie Richardson in the crime drama series ‘When They See Us. In the American sci-fi series ‘Brave New World, adapted from Aldous Huxley’s same-named classic novel, she starred in the main role of Frannie Crowne.

Bunbury also appeared in the minor roles of ‘Days of Our Lives, ‘Tut’, ‘Law & Order: Special Victims’, ‘Robot Chicken, and ‘The Twilight Zone. The films in which she starred are ‘Prom’, ‘The Sitter’, ‘Game Night’, ‘Eat Wheaties!’, and ‘Warning’.

Another main cast member of the series American actor Brian Timothy Geraghty plays the role of a long-haul trucker Ronald Pergman in the series. In 2013 he played the recurring role of Warren Knox/ Jim Tolliver in Season 4 of the period crime series Boardwalk Empire.

The next year he starred as Jim Halloran in the 2014 American crime series ‘Ray Donovan’s second season. In Seasons two and three of the police procedural action series ‘Chicago P.D.’ he was cast as Sean Roman from 2014 to 2016 and as a guest star in season seven in 2020.

From 2014 to 2020 he played Sean Roman in ‘Chicago Fire. In 2018 he was seen portraying Theodore Roosevelt in the period drama ‘The Alienist’.

In 2020 Geraghty starred in the main cast of two series ‘Briarpatch’ and ‘The Fugitive’ as Gene Colder and Colin Murphy respectively.

In 2022 he has been cast as Peter in the political thriller series ‘Gaslit’. He appeared in minor roles in other series too such as ‘Law & Order, ‘The Sopranos’, ‘Ed’, ‘Law & Order: Special Victims Unit, ‘True Blood, ‘And Chicago Med’.

The films in which he has starred include ‘Jarhead’, ‘We Are Marshall’, ‘The Hurt Locker, ‘The Chameleon, ‘Flight’, ‘Date and Switch’, ‘The Standoff at Sparrow Creek, ‘Extremely Wicked, Shockingly Evil and Vile’ etc.

Another primary character of the series Ren Bhullar, who was introduced in season two, is played by American actress Janina Zione Gavankar.

She starred in the tv series ‘The L Word, ‘The League, ‘The Gates’, ‘Traffic Light’, ‘True Blood, ‘The Vampire Diaries, ‘The Mysteries of Laura’, ‘Sleepy Hollow’, ‘The Morning Show’ etc.