NewZNew (New Delhi) : A car of AAP’s Tughlakabad assembly poll candidate Sahi Ram was on Saturday set ablaze as supporters of Aam Aadmi Party clashed with BJP activists during the shoot of a TV news debate in which leaders of both the parties were engaged in a heated argument.

“During the shoot, heated argument ensued between the two groups which turned into a scuffle and someone set Sahi Ram’s car on fire. We are probing the incident,” said a senior police official. 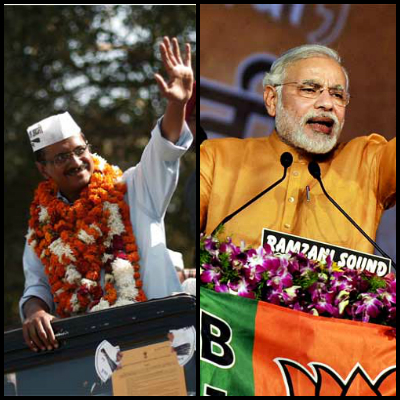 Soon after the incident, AAP volunteers reached Govindpuri Police Station and demanded registration of an FIR against BJP supporters alleging that they acted at the behest of an influential BJP leader from the area. In a statement, AAP alleged those involved in the attack were supporters of BJP MP Ramesh Bidhuri. “It is shocking that a mob led by the MP’s nephew attacked the AAP volunteers in broad daylight when a TV news channel was conducting a debate in the DDA park at Tuglakabad.”

Police said they were investigating the incident and are yet to ascertain who put on fire the car.

AAP leader Ashutosh accused the police of not taking action against the culprits due to pressure from BJP. “The violence unleashed by BJP on AAP volunteers is a clear indication that it wants to vitiate the peaceful atmosphere in the national capital ahead of the assembly elections.”

“Armed with sharp weapons, they attacked the AAP volunteers who were participating in the TV programme and inflicted serious injuries on them without any provocation,” AAP alleged.

The party claimed at least 10 party volunteers had to be taken to the AIIMS trauma centre for treatment. Asked about AAP’s allegation, Delhi BJP chief Satish Upadhyay said he was not aware about the facts. “I am not aware of the facts. But what I am saying is that generally AAP people are desperate, the way they try to instigate people. I will want to ask the people of my party that violence has no place in party politics and we should not indulge in any act of desperation,” he said.

“There was a TV debate where supporters of both the parties were present. After the debate ended at around 3 PM, AAP volunteers beat up four of our supporters inside a car who were hospitalised. To counter this claim, AAP set their car on fire at 5 PM,” he said.

Former Delhi Congress chief J P Agarwal termed the incident as “sad.” “It is very sad, there is no place for violence in election politics. Whoever does it and indulges in violence should be condemned,” he said. Aam Aadmi Party later also released two videos. One showed the car burning in the middle of a busy street while an AAP worker who was allegedly injured in the scuffle was caught on camera in another.

CBSE NEET Result 2017 Declared at cbseresults.nic.in, Here’s the list of...