BJP expels liquor tragedy accused from party: The Aligarh unit of the BJP has expelled Rishi Sharma, the alleged kingpin of the hooch tragedy, from the party. 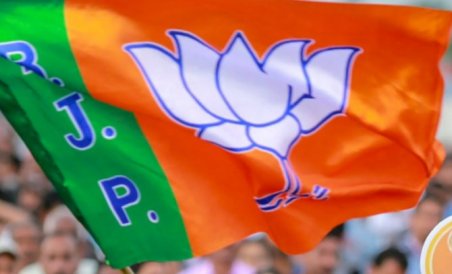 The Aligarh Police have started the process of charging all the five main accused including Sharma, who was arrested on Sunday, under the stringent National Security Act and the Gangster Act.

Senior Superintendent of Police (SSP) Kalanidhi Naithani said, “The accused are being interrogated and are expected to reveal the entire network of the liquor mafia.”

Rishi Sharma was in disguise and was hiding among a group of sadhus at an ashram at Garhmukteshwar near Hapur to evade the police. After the hooch tragedy claimed three dozen lives in Aligarh last month.

Police had managed to trace his whereabouts from the video footage of one of his close associates with whom he was last seen when the news of the liquor tragedy came in.

The police raided the premises of several of Sharma’s associates in different states including Himachal Pradesh.

After they traced him to Garhmukteshwar Ashram on Saturday evening, a police party rushed there only to find that he had escaped.

He was finally tracked down at the Aligarh-Bulandshahr border where he was ultimately arrested on Sunday.

Modernization of Suwidha Center to be completed by March 1, DC