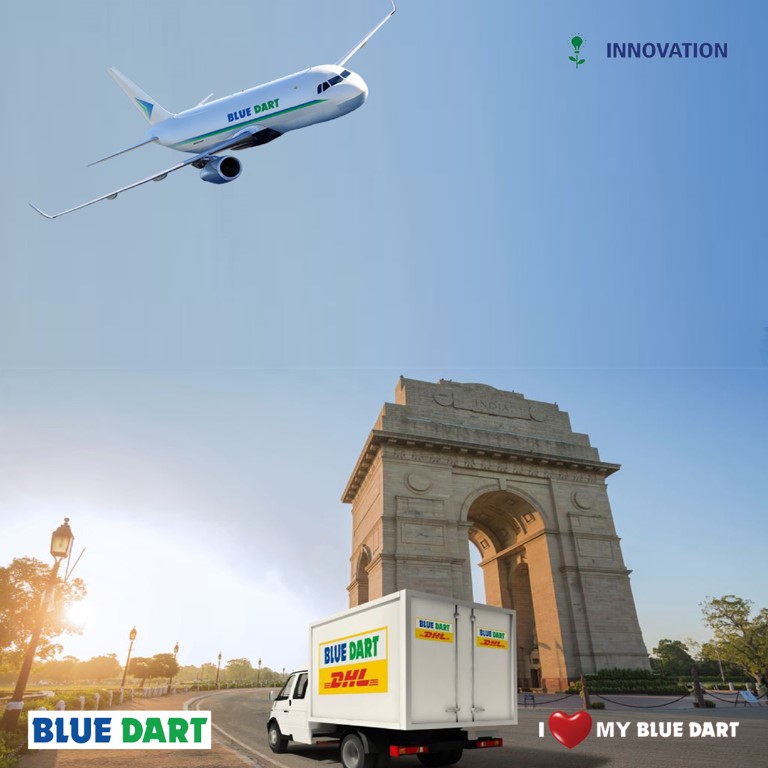 The initiative is one of the biggest drives undertaken to expand Blue Dart’s reach to every corner of India and aims to reach 19,100+ pin codes by December 2018.

Through the initiative, the goal is to reach every Indian home, further strengthening Blue Dart’s leadership position in the Express Logistics industry in India for B2B and B2C. It is the largest and most preferred third party logistics service provider for leading industry verticals and has truly differentiated itself with world-class products and services, high service quality, state-of-the art infrastructure and innovative technology to deliver superior services to the customer.

The initiative was launched in January 2018 and since then Blue Dart has expanded its reach from 6,164 pin codes to 17,677+ pin codes across the country, currently. As of September 2018, Blue Dart has achieved 100% pin code coverage in 16 states and union territories which include Madhya Pradesh, Bihar, Odisha, Uttar Pradesh, Haryana, Delhi, Punjab, Goa, Telangana, Gujarat, Jharkhand, West Bengal, Pondicherry, Daman & Diu, Chandigarh and Dadra & Nagar Haveli.

Anil Khanna, Managing Director, Blue Dart Express Limited said, “As India’s leading logistics company, we are committed to delivering only the best for our customers. We are aggressively expanding our network to reach every Indian home by December 2018 to enable fast, efficient and reliable deliveries for both B2B and B2C customers.

We are well on our way to cover all pin codes in India, with already 17,677+ pin codes and 100% pin code coverage in 16 states and union territories.Blue Dart’s strategy is in alignment with the Government’s Make in India vision and various state initiatives, to further enable business and generate employment across the country”. 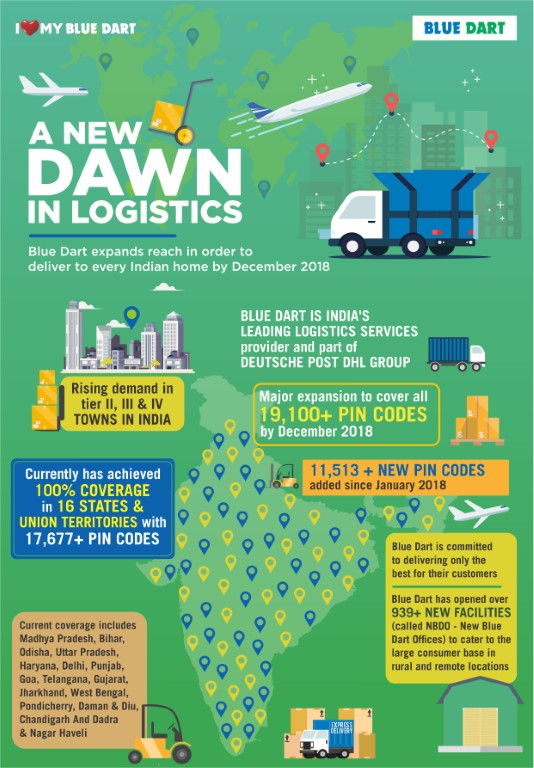 As part of the expansion, Blue Dart has opened over 939+new facilities (called NBDO – New Blue Dart Offices) to cater to the large consumer base in rural and remote locations.