With it’s Hindi version alone, the biggest Indian blockbuster Baahubali 2 has crossed the mark of 450 crore and now smoothly heading toward 500 crore. It has already emerged as the first Hindi movie to enter in 400 crore club and now it is aiming for the 500 crore club.

SS Rajamouli’s directorial Baahubali 2 was released 3 weeks back on 28th April and showed incredible performance so far at box office. Since it’s release, the movie is creating new record with each single day and interestingly still has enough hold over the audience. 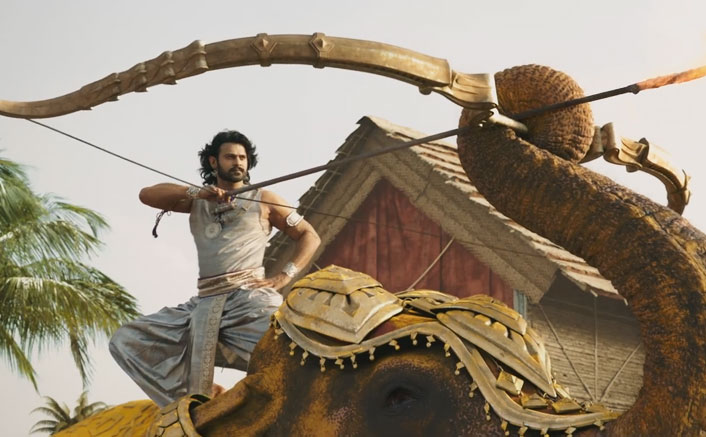 In it’s third weekend, once again Baahubali 2 (Hindi) enjoyed raised footfalls in theaters and registered the business of 42.55 crores, that included 10.05 crores of Friday, 14.75 crores of Saturday and 17.75 crores of Sunday. After 17 days, total domestic collection of the movie was recorded as 432.80 crores nett. with it’s Hindi version alone.

Then in weekdays, asusual it witnessed some fall in footfalls but still managed to remain almost steady. With around 18% of drop than last Friday, Baahubali 2 (Hindi) minted the amount of 8.25 crores on 3rd Monday. With further dips, the movie added the amount of 7.50 crores on Tuesday and 7 crores on Wednesday.

On the last day of week i.e. Thursday, Baahubali 2 (Hindi) faced little more drop and estimated to collect the amount of 6.50 crores*, to take it’s 3 weeks total collection to 462.05 crores on domestic box office. By the next week, it would be in 500 crore club.