NewZNew (Chandigarh) : A star-studded cricketing experience with upbeat cricket fans and cheer girls is sure to bring excitement as Call Me India Group and Queen Events have got together for the ‘Call Me India T-20 CL’. The Cricket League takes off from June 13. 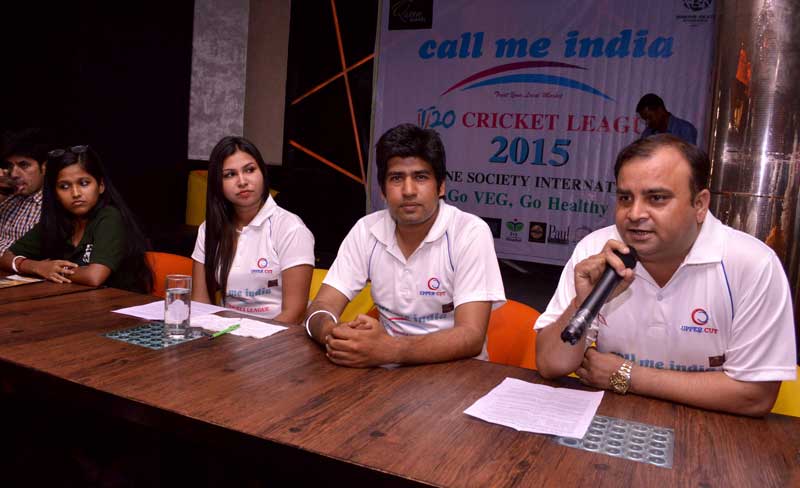 Matches will be played every Saturday and Sunday while Final and Semi Final will be played on June 28 informed Call Me India, Group Business Head, Kanchan Verma at a press conference here today. She added the aim behind holding the league is to encourage a spirit of sportsmanship and a healthy environment among corporates who will be participating in the same.

Queen Events Director, Rohit Rattu and Surender Kumar while addressing the media said that Humane Society International NGO is supporting the event with a cause which will also be spreading messages of ‘Go Vegetarian’, ‘Go Healthy’.

Live Match Broadcast: There will be live telecast of matches to be held in Chandigarh. Kanchan Verma informed a mobile application by the name of Call Me India which can be downloaded from the Google Play Store free of cost.

Entertainment for Spectators: Call Me India’s B.S. Entertainment and Punjabi Beat will bring entertainment for spectators during the match for which separate stages have been set up at every ground. Kanchan informed before the final match, famous Punjabi singers will play a friendly match.

Venue of Matches: Kanchan Verma informed league matches would be held at Sector 36 Guru Nanak Public School, Sector 40 Government Model Senior Secondary School and Sector 19 Government Model Senior Secondary School. All three schools will host six matches to be held in four groups on Saturdays and Sundays. She added Semi Final and Final matches will be played at Tau Devi Lal Stadium in Panchkula, where the winning team will be felicitated with an impressive trophy.

Verma further said reputed umpires will be coming for the league matches. A team of doctors from Ivy Hospital, Mohali will be stationed at all matches to provide medical care, besides provision of an ambulance at the venues. She further informed that four teams of the league have already got themselves registered, which include Ivy Hospital, Dainik Bhaskar, Amar Ujala, and Cricketer Shop. The last date for registrations is June 5 which can be done by logging in to www.callmeindia.in

Appeal to trust city market: Kanchan Verma appealed to the people not to trust the online market blindly, and city market should be trusted more. She added Call Me India is encouraging online shopping experience of city market for residents.

Right Path, a finishing school for Bollywood launched in the city beautiful