Capt.’s very mild reaction welcoming the two months ultimatum issued by the Supreme Court over the SYL issue, is a perfect example of his altered political approach. It is the same Capt. who had defied Dr. Manmohan Singh the then PM and Smt. Sonia Gandhi Congress President, to pass the controversial Termination of Waters Agreements bill 2004. But now he has not only welcomed the rebuke of Supreme Court over the issue of SYL but has also announced to start a dialogue with Haryana and centre.

Even the argument of Capt. urging the centre to setup a tribunal to reassess  the quantum of water available in the rivers of Punjab, can have dangerous ramifications on our waters and the riparian principle.

Capt. also went head over heels to support the BJP on the issue of human shield used by an army major in Kashmir. He even wrote an article supporting the BJP despite grave human rights violation and demanded a gallantry award for the major.

The Modi government has adequately rewarded Capt. Amarinder Singh for his pro-BJP stance, by not pursuing the British Virgin Islands complaint against his family related to black money stashed in Swiss banks or his illegitimate properties in UK and Dubai. 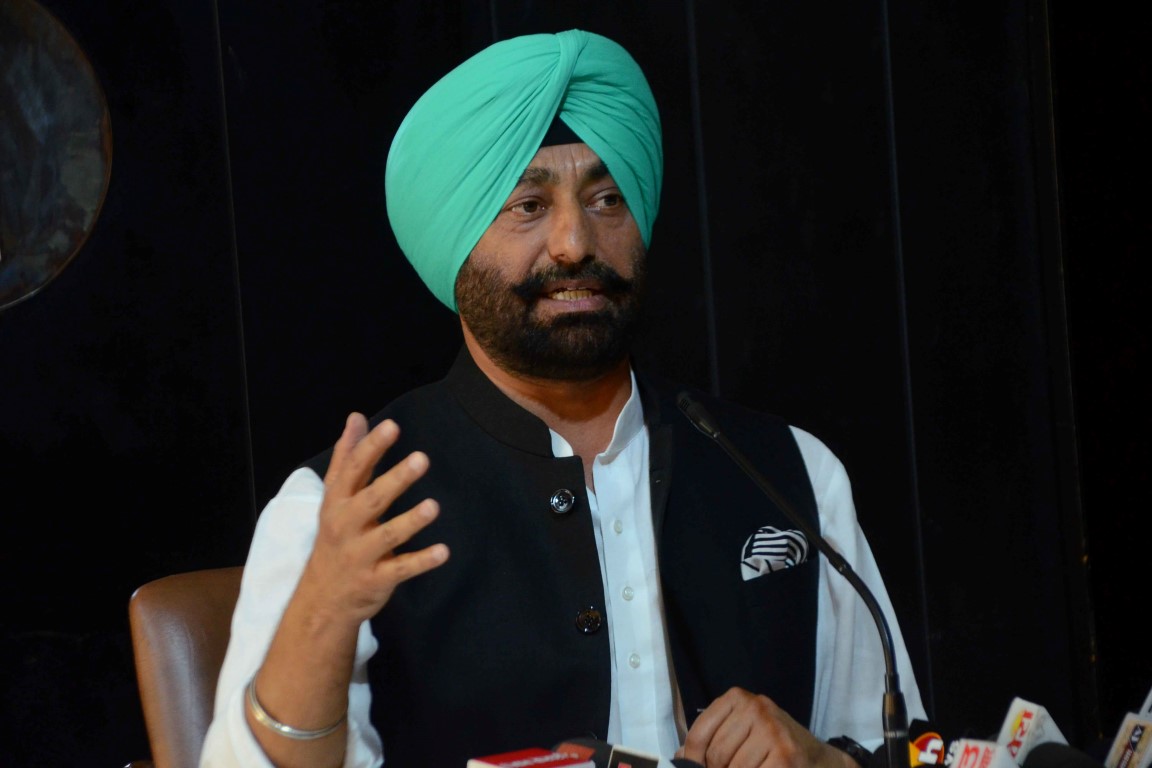 It is surprising that while Mr. Modi has launched a full scale attack on many Congress leaders like Mr. Chidambaram, Mr. Virbhadra CM, Mr. Hooda etc. and is severely witch hunting his arch rival sh. Lalu Parsad Yadav through the CBI, but he grants instant audience to Capt. Amarinder Singh and both share an extremely good body language.

In Punjab too Congress Minister’s and MLA’s have been shouting from the roof tops demanding action against the Badals for corruption and mafia rule during the last 10 years, but Capt. Amarinder Singh hasn’t even bothered take notice. A perfect example of frustration amongst the Congress leaders is the issue of cable mafia raked up Navjot Sidhu. Although Minister Navjot Sidhu has produced sufficient documentary evidence to prove hijack of cable trade by Fastway company at the behest of the Badal family but Capt. Amarinder Singh instead of taking action against the said cable mafia has repeatedly snubbed his Minister Navjot Sidhu. Many more demands by Congress leaders for probe into the corrupt deeds of the erstwhile government have all fallen on deaf ears. This only proves the deep understanding between Capt. and the Badals.

Therefore, I am of the firm opinion that this tenure of Capt. Amarinder Singh is totally lack luster, eventless and ineffective mainly because of his friendly match with the BJP and SAD, that can cost the state dear on burning issues like the SYL canal.