CBSE CTET Result 2019 Released at cbseresults.nic.in; Check CTET July Exam Cut Off Marks Merit List: The Central Teacher Eligibility Test (CTET) 2019 results are expected to be released next week on the official website by the Central Board of Secondary Education (CBSE). 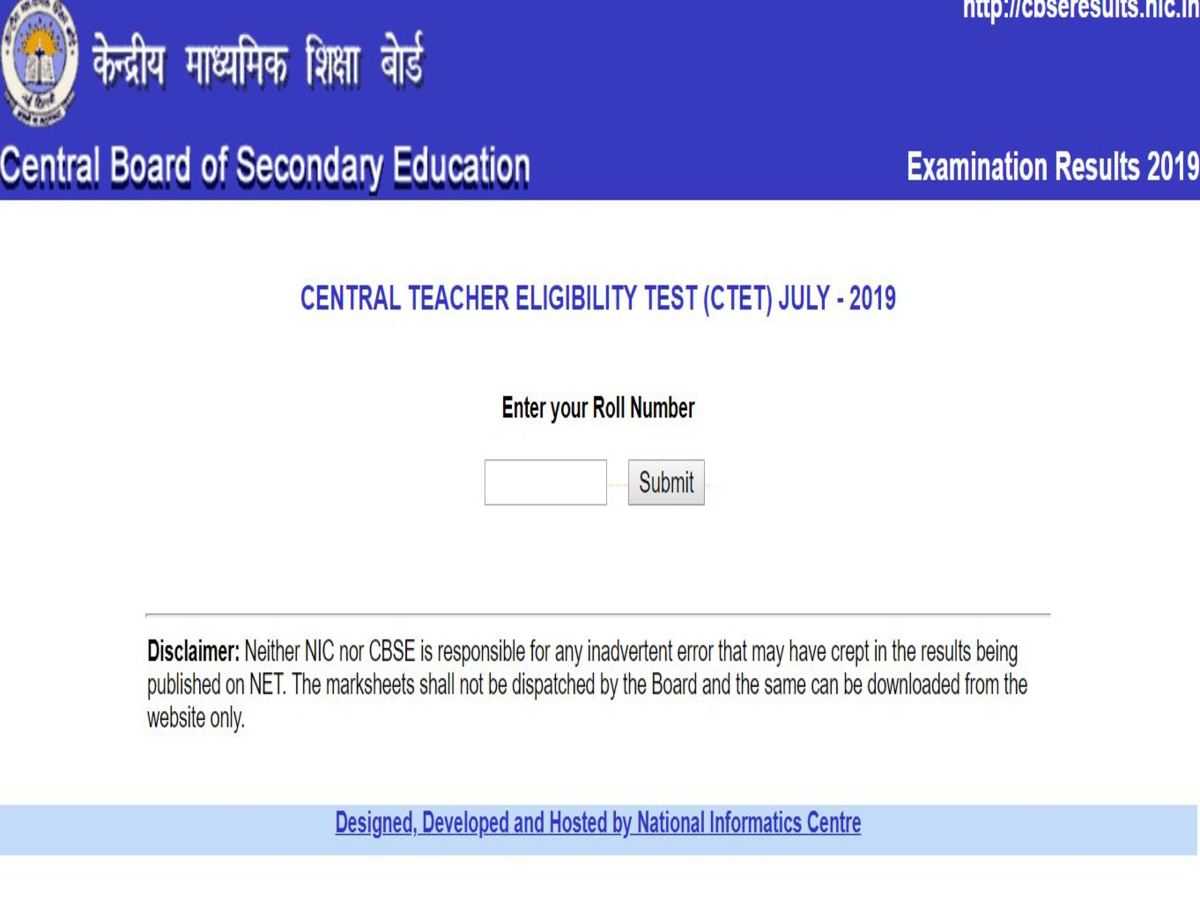 All the students, who have appeared for the CBSE CTET 2019 exams and are eagerly waiting for the result to get released can now visit the official website at ctet.nic.in, in order to check their result as soon as it gets released.

The CTET certificate is basically the minimum eligibility in order to get the teaching job. As soon as the candidate gets the certificate, he or she are eligible to apply for teacher vacancies that has been released by several schools such as KVS, NVS Army Teacher, ERDO, and so on. On the other hand, attaining the CTET Certificate 2019 is considered to be very tough and is not that easy. Candidates must get the minimum passing marks or the cut off in order to get the benefit of the Certificate.

If media reports are to be believed, then the CTET 2019 result is going to be released by August 11.

The validity period of CTET qualifying certificate for appointment is going to be seven years from the date of announcement of its result for all the categories.

There will be no restraint on the number of tries a person can take for attaining a CTET certificate. A person who has already qualified CTET is also eligible to apply for it again in order to improve his/her score.

This year, the CTET 2019 was held on July 7 and was conducted by CBSE in total number of twenty languages in 97 cities across the country. In order to check and get your CBSE CTET Result 2019, candidates have to follow these simple steps which are as follows:

Step 1: At first, candidates have to visit the official website of CBSE CTET at cbseresults.nic.in

Step 2: On the homepage, click on the link which says CBSE CTET Result 2019

Step 3: You will be directed to a new page where your credentials will be asked

Step 4: Fill up the required details correctly and click on submit button to complete the process.

Step 5: Your CBSE CTET Result 2019 will appear on the screen. Candidates can check and download it and can also take a print out for future reference.

TCS iON Opens its National Qualifier Test to All Corporates