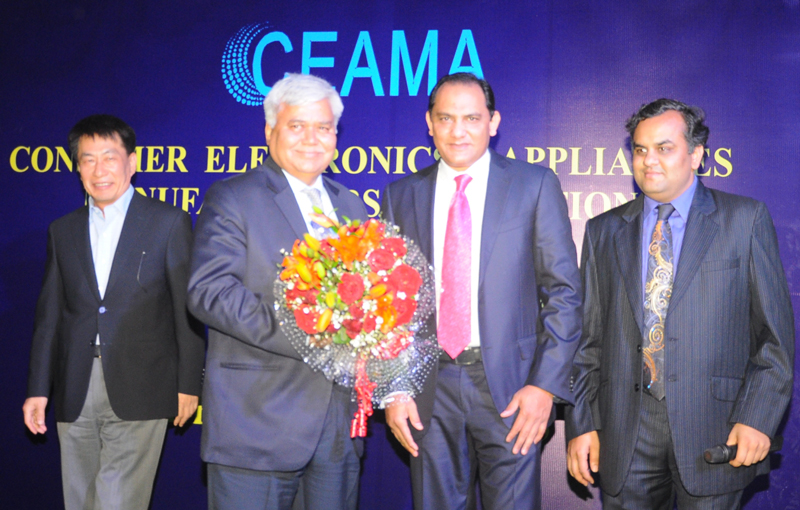 Shri Mohan Kundariya, Hon’ble Union Minister of State for Agriculture and the Chief Guest for the occasion congratulated Mr. Soon Kwon for winning the Man of Electronics Award – 2014 and said that India has the potential to develop and manufacture electronics hardware for the global markets and gain higher global share besides meeting country’s future requirement. Advancements in the electronics sector also contribute in strengthening country’s Agricultural sector. The way forward for electronics industry is a healthy relationship between the Govt. & the industry to put India in a strong and dominant position in the global electronics map.

Mr. Soon Kwon, Managing Director, LG Electronics India Pvt. Ltd said that he was honored to receive the “Man of Electronics Award” – 2014, he further quoted that with the manufacturing pitch coming directly from the PM, reflects the direction in which he wants to take the country. This will strengthen India’s global footprint, manufacturing and investments in the country.

Mr. Anirudh Dhoot, Immediate Past President, CEAMA and Director of Videocon industries on the occasion highlighted the achievements of CEAMA during the last year, he said that consumer Electronic segment is one of the sectors which plays a major role in raising the GDP of the country and providing ample opportunities to the people in terms of job creation and improving quality of life.

He added that CEAMA has been helping members in resolving their issues with Central and State Governments, to facilitate manufacturing in the country.

He congratulated Mr. Manish Sharma, for taking over as the new President of CEAMA and welcomed the newly elected committee for 2014 -15.

Mr. Manish Sharma, President, CEAMA and Managing Director, Panasonic India congratulated Mr. Soon Kwon for winning the ‘Man of Electronics Award- 2014’ and thanked the Executive Committee of CEAMA for providing him the opportunity to lead the growth trajectory of CEAMA and assured that he will work towards sustainable growth of the industry. He further applauded the efforts made during the tenure of Mr. Anirudh Dhoot.

122nd Jalsa Salana of the Ahmadiyya Muslim Community to be held...