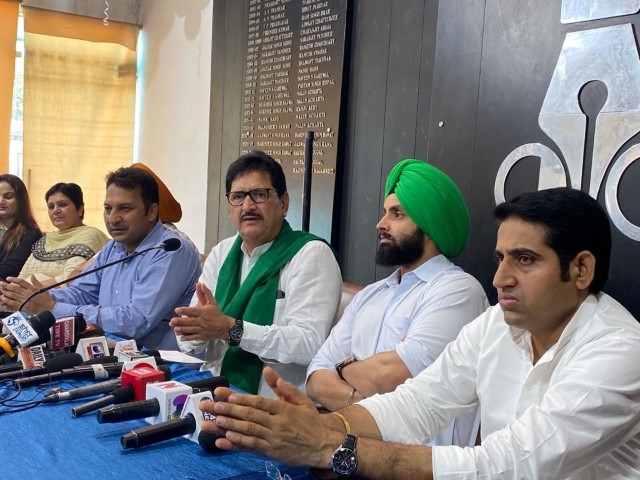 While addressing a press conference at Chandigarh Press Club, Harpura has openly announced his support for the Sanyukt Kisan Morcha to strengthen the ongoing nationwide farmers movement.

Speaking on the occasion, Harpal Singh said that the prices of diesel, fertilizers and other agricultural commodities have increased in recent times which have badly affected the agrarian society. Despite all that, the central government has marginally increased the price of wheat.

The increase of two percent in the MSP of wheat by the government is cheating the farmers who are feeding the entire nation. The central government should fix the MSP of wheat at least Rs three thousand. He has demanded that farmers’ commission should be constituted in Punjab so that farmers can get an efficient front to raise their problems and demands.

Expressing gratitude for waiving off the loans of 2.85 lacs laborers and unscrupulous farmers by the Punjab government, he said that there is a dire need to constitute this Jat Welfare Board in Punjab. A delegation of All India Jat Mahasabha will be meeting soon with Chief Minister Captain Amarinder Singh in this regard.

Harpal Singh demanded that the loan of farmers up to five acres in Punjab should be waived and said that a policy should be made to give compensation to the farmers if their crops are damaged at different times.

The press conference was also attended by Ajaib Singh Boparai, Amarpal Singh, Yogesh Singh and other office bearers of All India Jat Mahasabha were present on this occasion.

Rahul to play the role of a Housewife in Sony SAB’s...