Chandigarh’s SD College boy, Gandhharv Sachdeav has made it big in Bollywood. An alumnus of SD College, he is the playback singer for two songs in the famous sequel Fukrey Returns, featuring Pulkit Samrat with Varun Sharma in the song “Tu Mera Bhai Nahi Hai” and Richa Chadda with all four boys of Fukrey Returns in song “Bura Na Mano Bholi Hai” both of the songs are loved and supported by audiences, as well as by superstars such as Salman Khan, Varun Dhawan, Ranveer Singh, Rajkumar Rao and many others. 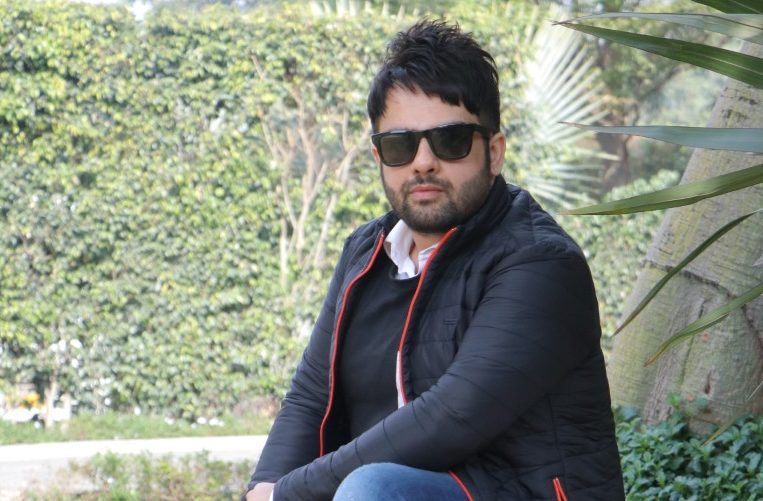 He made his debut in Bollywood as a playback singer with the popular song ‘Tu Zaroorat Nahi Tu Zaroori Hai’, with Shreya Ghoshal and shayari voiced by Ranbir Kapoor from the film Fuddu. The song was picturised on the popular Bollywood star Sharman Joshi and Sunny Leone and was among the top 20 hit songs of 2016.

Gandhharv who was in city today, while interacting with media said music has always been there in the family. He comes with musical hereditary qualities from his mother who is a National Award winner sitar player, who inspired and trained him to become a singer. He got hold of the tunes at the young age of four and culminated into a young budding singer as he grew up. He won several state and national level singing competitions since his early school and college days.

He is a trained Hindustani Classical Singer and was always curious to experiment with various genres of music and singing styles. At S.D. College in Chandigarh during his BBA course, he formed his own band, jammed & collaborated with various Punjabi singers, rappers & classical musicians and got popularity in no time.

Gandhharv Sachdeav after experiencing a saturation point faced by majority of independent bands/musicians in India, took a decision to upgrade his focused business education to MBA in Media & Entertainment with a Film Business specialization from Whistling Woods International in Mumbai. It is here that, he learned the nuances of the business of films and music and was able to nurture his love for cinema as well.

Unlike thousands of other aspiring artists, he chose an unusual path of creating opportunities for himself to fulfill his dream of living life as a playback singer, movie producer and entertainment entrepreneur. And as planned from the very beginning he ventured out with his entertainment company named as ViaMonk Media & Entertainment and Co-produced critically acclaimed Hindi Feature Film FUDDU. On being asked about how his parents reacted to his decision on taking up music as a career, he said, “In my case, it was fortunately never unreliable and unpredictable. My parents have always been supportive and in fact, loved my decision to choose a career in music.”

While Gandhharv lives and breathes music, he is also heavily into meditation, is a globetrotter, and loves spending time reading inspirational and philosophical books. When asked, “What do you see doing yourself after ten years?”, he said, “I see myself figuring in top ten charts internationally and producing some intelligent entertaining movies”.

A Complete Rakhi Gift Guide to Make the Celebration Fun-Filled