NewZNew (Chandigarh) : “God comes in every house in the form of a child”. These simple words perfectly describe the message of Child/God, the latest fiction novel by popular author Ketan Bhagat.

Published by Rumour Books India, the novel Child/God was released today by Dr Ashok Chitkara, Chancellor of Chitkara University, at Chitkara International School. In Child/God, Ketan Bhagat explores the transformation a man experiences when he becomes a father.

Brother of best-selling novelist Chetan Bhagat, Ketan Bhagat is also an experienced storyteller. Ketan’s first novel, Complete/Convenient, was a hit with readers and is being adapted by actor/producer Rahul Roy into a Bollywood movie.

This novel is the fifth back-to-back bestseller by Chandigarh based publisher Rumour Books India within a span of 10 months which happens to be North India’s only trade publisher to have a national presence. Child/God is available at bookstores throughout India and at major online retailers including Flipkart and Amazon.

Based in Mumbai, Ketan has a day job in an IT MNC. Prior to becoming a novelist, he has also done writing stints in television and helped his brother script a movie.

Talking about the inspiration behind Child/God, Ketan shared that the idea came to him when he became a father to his now four-year-old son, Rian. While changing diapers, Ketan found his mindset changing. When the child took a bath, the father felt cleansed. As Ketan started experiencing such divine tranquillity in his naughty toddler’s presence, a newfound wisdom and story tumbled out of him.

Ketan further explained, “Every newborn is unique, perfect, happy and light. His parents are usually the opposite. Yet, parents teach the child. Believing every child to be God’s manifestation, I have tried to learn from my child.”

When asked about the prospects for Child/God to receive a Bollywood adaption, Ketan said, “Although it’s too early to make any announcements, I am delighted to share that I have a producer interested in making Child/God into a movie, and I am also in discussions with a few actors and directors. Fingers crossed, something will be finalized soon.”

Reekrit Serai, Managing Director and Co-Founder, Rumour Books India, said, 5,000 copies have already been ordered, making Child/God a bestseller even before its launch today.  “When Ketan discussed his manuscript with us, we thought it would be something out and out commercial, but we were wrong. There’s infinite depth to Child/God, and a maturity that only an experienced author can portray. There’s a Raghav—the protagonist—in every man. Being the only publisher based in North India with a national presence and Chandigarh’s biggest English-language trade publishers, Rumour Books India seeks out these kinds of books—books that change lives, influence positively, and entertain”, he added.

Radhika Panickar, CEO and Co-Founder, Rumour Books India, said, “While the industry is gung-ho about romance novels, for us at Rumour, Child/God is a breath of fresh air. Books like Ketan’s are must-reads for this generation. They say that a child is the father of man. This novel takes you on an offbeat journey of how Raghav’s life takes an absolute U-turn once God decides to pay him a personal visit.” 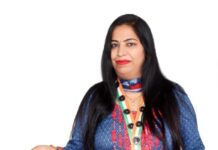 Dr. Renu Arora honoured with the title of India Book of Records 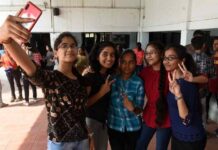 Covid-19 effect: 'Indian Idol' aspirants to audition from home: "Indian Idol" aspirants will audition for the show from their homes this season. The...

ZEE says #BanegiBaatSaathSaath in a first-of-its-kind partnership with marquee CPG brands: Celebrating the spirit of solidarity and the joy of being back,...

The most Viewed ROMANTIC SONG in record time – MANWA LAAGE