NewZNew (Melbourne) : Chris Gayle smashed his way into the record books with a devastating double century off 138 balls vs Zimbabwe in a Pool B World Cup 2015 fixture on Tuesday. This is the fastest double ton in One-Day Internationals, beating Virender Sehwag’s knock off 140 balls. 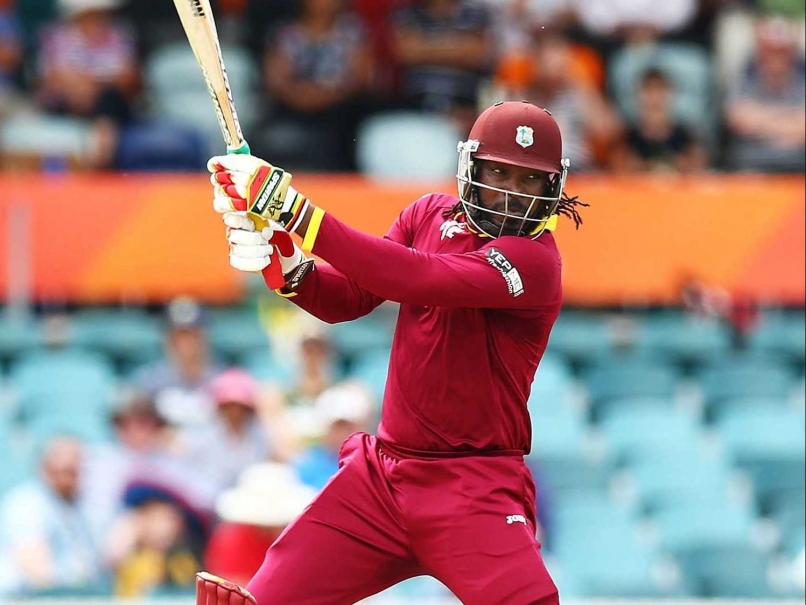 Gayle became the fourth batsman – after Sachin Tendulkar, Sehwag and Rohit Sharma – to score a double century in the history of ODIs. The West Indian demolisher has achieved this feat exactly five years after Sachin Tendulkar scored the first-ever ODI double ton vs South Africa in Gwalior.

The 35-year-old Jamaica left-hander’s innings surpassed the previous World Cup best of 188 not out by South Africa’s Gary Kirsten against the United Arab Emirates at Rawalpindi in 1996.

Chris Gayle was dismissed off the last ball of the West Indies innings, finishing on 215 off 147 balls – the highest individual score in World Cups. His swashbuckling knock included 10 fours and a record-levelling 16 sixes.

After a prolonged lean patch with the bat, the Windies opening batsman recaptured his menacing form as he sent the Zimbabwean bowlers on a leather hunt. During the course of this knock, Gayle also brought up 9,000 ODI runs.

Chris Gayle had recently come in for a lot of criticism for continued failure with the bat. Even the West Indies Cricket Board president Dave Cameron had created a furore by retweeting a fan who had criticised Gayle’s poor form on twitter. Ahead of this fixture, skipper Jason Holder had said that a big knock from Gayle was coming soon and the big man repaid his young captain’s faith in great style and authority.