President Shri Pranab Mukherjee to inaugurate; Israel President to be Guest of Honour 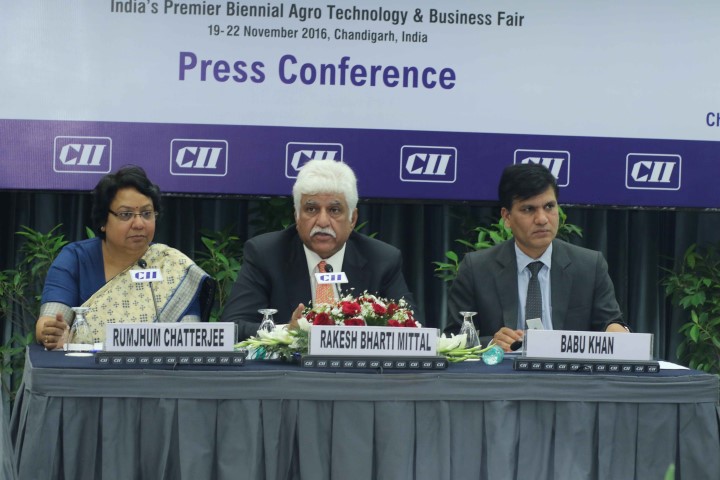 Punjab and Haryana will be the Host States for the four-day international agricultural expo while Madhya Pradesh and Gujarat as Partner States. Israel is the Partner Country for CII Agro Tech 2016. The Union Ministry of Agriculture & Farmers Welfare, Union Ministry of Food Processing Industries, Agricultural and Processed Food Products Export Development Authority (APEDA), and the Ministry of Commerce & Industry, Government of India, are Partner Ministries for CII Agro Tech 2016.

Addressing mediapersons here today, Mr Rakesh Bharti Mittal, Vice-President, CII & Vice-Chairman, Bharti Enterprises, said, “The 12th edition of CII Agro Tech 2016 is one of the biggest confluences of stakeholders from agriculture and allied sectors. I am happy to share that for the first time in the history of Agro Tech, since its inception in 1994, two Heads of the States- Shri Pranab Mukherjee, Hon’ble President of India and H.E. Mr Reuven Rivlin, Hon’ble President of Israel, are coming together to inaugurate CII Agro Tech 2016 on Sunday. Their presence and the coming together of 13 countries makes CII Agro Tech 2016 a truly international platform to showcase agricultural advancement. It highlights the growing importance of agriculture and food processing sector in India as well as the fact that CII Agro Tech 2016 is becoming a global platform.”

Also Read :   Ocean of emotions at NEWSCAPES - 5 showcasing the work of 55 photojournalists 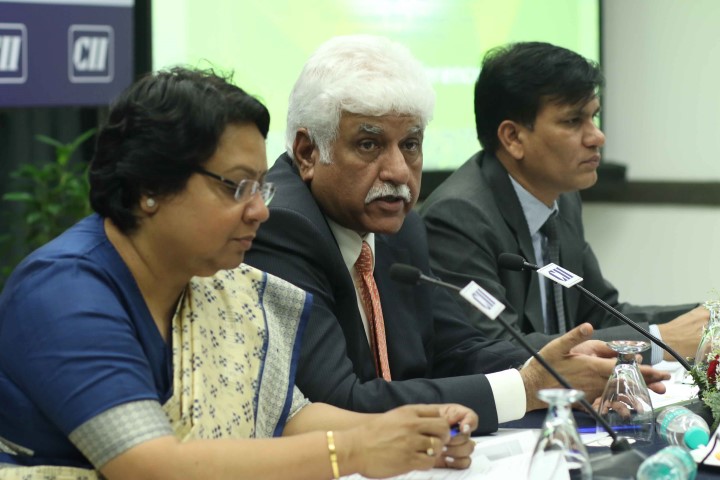 The Union Ministry of Agriculture & Farmers Welfare and Ministry of Food Processing Industries are the Partner Ministries for the fair. Punjab & Haryana are the Host States. Madhya Pradesh & Gujarat are the Partner States and exhibitors from 15 states are taking part in CII Agro Tech 2016.

“On the International Participation, we are proud that Israel is the Partner Country with Canada & Germany as Focus Countries and Great Britain as Guest Country. 12th edition of Agro Tech has participation of 47 overseas companies from 13 countries including Canada, China, Denmark, Germany, Israel, Italy, Malaysia, South Africa, Spain, The Netherlands, Turkey, United Kingdom, USA that make it truly global event,” said Mr. Mittal.

He elaborated on the international conferences focusing on Rejuvenating Agriculture and promoting global competiveness. These include Indo-Canada Partnership in Agriculture:  Realizing the untapped Potentials, India-Israel Roundtable on Precision Agriculture in which 7-delegates from Tel Aviv University & Volcani Centre will apprise how India can leverage Israel technology & expertise. There will be a Technical workshop with Germany on “Challenges and Solutions for Comprehensive Straw Management” and Session on Empowering Women to Unlocking Africa’s Agricultural Potential.

Ms. Chatterjee said CII has also scheduled a focused discussion on ‘Doubling of the Farmers Income by 2022’. The objective is to come out with a roadmap and clear action plan for all the stakeholders to work towards achieving the vision of Hon’ble Prime Minister India to double the farmers’ income in next 5 years.