Citizens & Doctors join hands to raise concern over rising health impacts of air pollution: In a bid to emphasise the serious health consequences of the rising air pollution in Punjab, senior health practitioners and victims of air pollution from Dadu Majra dump yard gathered together for a convening at Chandigarh Press Club here today for a health assembly to commemorate World Health Day. 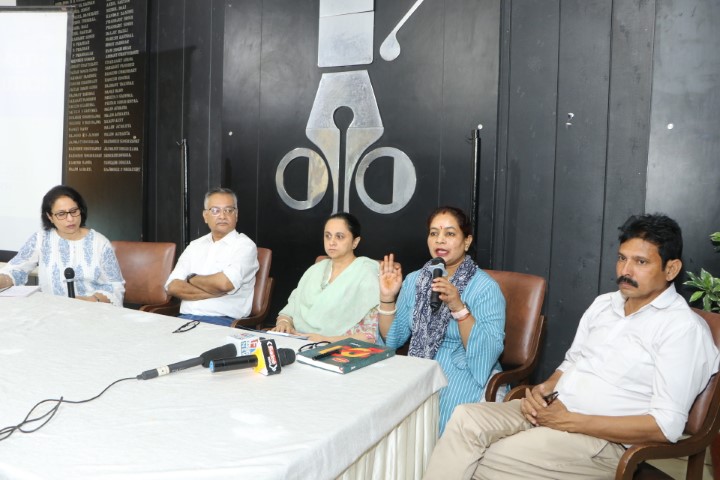 Clean Air Punjab, a coalition of concerned individuals and organisations working on the issue of air pollution, along with EcoSikh, Warrior Moms, and Let me Breathe, organised the meeting. This conversation on air pollution was planned around World Health Day, which also provides a chance for the medical professionals to come together to raise awareness and the urgent need for mitigation.

Amit Kumar Mandal, Director, Pulmonology, Sleep & Critical Care, Fortis Hospital, Mohali, who spoke at the meeting about the health effects of air pollution, stated that Air pollution is one of our era’s biggest scourges, not only because of its impact on climate change, but also because of its impact on public and individual health due to increased morbidity and mortality. “Respiratory disorders such as Chronic Obstructive Pulmonary Disease (COPD), Asthma, and Bronchiolitis, as well as lung cancer, cardiovascular events, central nervous system dysfunctions, and skin diseases, are all caused by air pollution,” he said.

“World health day is a wake-up call for all of us to start taking action rather than just thinking and also to start working actively by forming and strengthening the network of people to safeguard our health from the threats of air pollution,” said Supreet Kaur, President of EcoSikh India, who spoke at the event.

Also Read :   Woman donates kidney to save her daughter-in-law

Citing the example of how a huge community had over decades become the worst impacted by air pollution, Dayal Krishan, who is part of the (Dadu Majra) Dumping Ground Joint Action Committee pointed that the air pollution caused due to the Dadu Majra dump yard in Chandigarh was a clear violation of basic human rights. “People cannot go out for walks, children can’t play in the park and people have to keep their windows shut round the clock to avoid the stench and smoke from the dump. Apart from this every family living in the vicinity has few members form the household who suffer from asthma, skin problems, or shortness of breath,” he said.

Mona Garu, the founder of Meri Udaan, a non-governmental organisation, expressing her concerns said, “Air pollution is choking the residents of Dadu Majra. It’s terrible to live next to a dumping site when there’s a fire; our lungs feel like they’re on fire. Someone in the house is generally sick as a result of the pollution. Inviting someone home is also humiliating because the stench gets worse as the sun sets each evening. It’s aggravating to see that no one seems to be concerned about our problems,” she said.

According to the panelists from Dadu Majra due to the continual exposure to the odour and also the smoke, the neighbourhood has become overrun with patients suffering from chronic respiratory and skin problems.

Also Read :   Rico’s Golmol Gallan has all the Colours of Craziness of Love

Samita Kaur from Warrior Mom’s shared that living in Chandigarh for the last 25 years she was guilty of not looking at the state of affairs of the people of Dadu Majra. “Our waste from homes goes into their yard. This dumpsite is a breeding ground for various diseases, if not tackled properly it will lead to an influx of unimaginable health issues,” said Kaur.

The panel agreed that the citizens of Chandigarh will need to raise their voices in unison and work towards achieving cleaner air.