Chandigarh Girl’s Juttis’ Which Are Popular Among Bollywood Celebs, Comes To City, Vegan Collection Highlight Among Other Jutti Genres

Shirin Mann Sangha, who is originally from Chandigarh, has made a name for herself & of course for Chandigarh by styling Bollywood celebrities with her beautiful juttis.

A former journalist-turned-footwear-designer, Shirin’s passion for designing juttis made her reinvent and redesign the jutti in a contemporary style under her label ‘Needledust’, which was launched in 2014. Now she has come back to her roots – by unveiling a ‘Needledust’ store at Elante Mall, Chandigarh.

Shirin Mann Sangha, Founder & Creative Head, Needledust says, “The motive behind ‘Needledust’ is to revive one of the best Indian handicrafts – the jutti; on the ever-evolving international fashion grounds.”

Shirin has styled Priyanka Chopra her Mehndi ceremony with bespoke juttis designed by her and created by her team of skillful artisans. It is noteworthy that a special market place was also created at the star-studded wedding of Priyanka Chopra and Nick Jonas in Jodhpur, where Needledust set up an exclusive pop up showcasing the new styles as well as the Abu Jani Sandeep Khosla X Needledust collection. The beautiful superstar bride also adorned the latest styles by Needledust at the celebrated wedding. What’s more, Shirin has etched her collection’s footprints in Bollywood by creating special Mehndi tokens for the heartthrob couple Deepika Padukone and Ranveer Singh’s wedding at Lake Como. Deepika especially selected the designs and the packaging of the special potlis created for Forever Love and Mayfair juttis by Needledust.

Also Read :   How to Use Your Phone as a Webcam

About unveiling her venture at her hometown Shirin, says, “I am excited and a bit emotional to bring ‘Needledust’ first time to my hometown. I loved the craft since I was a child by seeing my mother wearing Punjabi juttis. But the first experiment happened, when I was getting married and realized the dearth of beautiful, pop colour juttis, I decided to design my own wedding pair adorned by ghungroos and this was appreciated by many.”

Shirin further says, “Needledust’s exciting new store is the first of its kind experiential store in Chandigarh, wherein each element is carefully designed in the brand’s aesthetic with raw materials including pine wood, gold brass, Indian marble and jute.”

For the first time ever, Needledust in association with Swarovski will be offering special and bespoke customization service to their patrons at the Chandigarh store. Needledust’s Chandigarh outlet is also featuring Swarovski Crystals along with its Autumn-Winter collection. The new exciting store has Abu Jani Sandeep Khosla X Needledust juttis too.

Adds Shirin, “The store has a wide array of a vegan(non leather) collection. Slip on mules are available under this which are an exclusive alternate footwear made with faux leather. We are foraying in a major way into international Mules which are inspired by the fashionable traveler. As far as juttis are concerned we have contemporarized these to pair nicely with even Western outfits. That’s a USP of my line.” 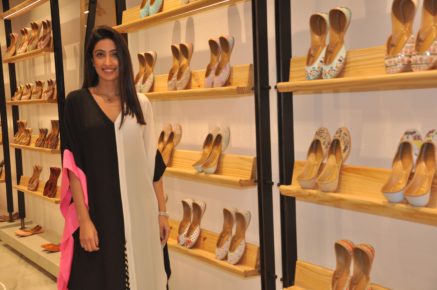 Needledust brings a line of bespoke fine leather juttis, that speak the charm of a true old school artisan with a desire to recreate fashion for those that wear, admire, preserve its elegance, class and culture. 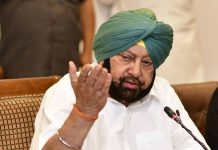