All private hospitals in Punjab empanelled under the Ayushman Bharat Pradhan Mantri Jan Arogya Yojana (or Sarbat Sehat Bima) have stopped admitting new patients in protest against the non-payment of claims by insurance firms concerned.

The move followed an advisory issued by the Indian Medical Association (IMA) to its members, asking them to stop admitting patients under the scheme till their claims are settled. Dr Vikas Chhabra, president, IMA (Bathinda), said, “Private hospitals are working hard to pass on the benefit of the ambitious PMJAY scheme to the underprivileged sections. But we are disappointed at the response of the insurance companies.”

He said although every insurance company tries to minimise the claim, but since another company joined the scheme on August 20, 2021, things had worsened. Dr Saroj Aggarwal, president, IMA (Ludhiana), has similar views. She said an emergency meeting of the IMA-Punjab was called on October 10 in Ludhiana, which was attended by more than 300 members from all over the state. They later met Health Minister OP Soni and Principal Health Secretary Vikas Garg, who reportedly assured them of release of dues in a week. After getting no response, the members decided to suspend the scheme. Chhabra said, “Almost every hospital has numerous pending claims. It is not possible for them to meet their day to day expenses. We will now resume the scheme only after complete settlement of their pending claims.”

Join Newznew on Telegram
Also Read :   Movies That Should Have Won An Oscar For Best Picture But Did Not 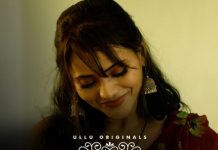 Delhi govt’s doorstep delivery of ration is a scam: BJP