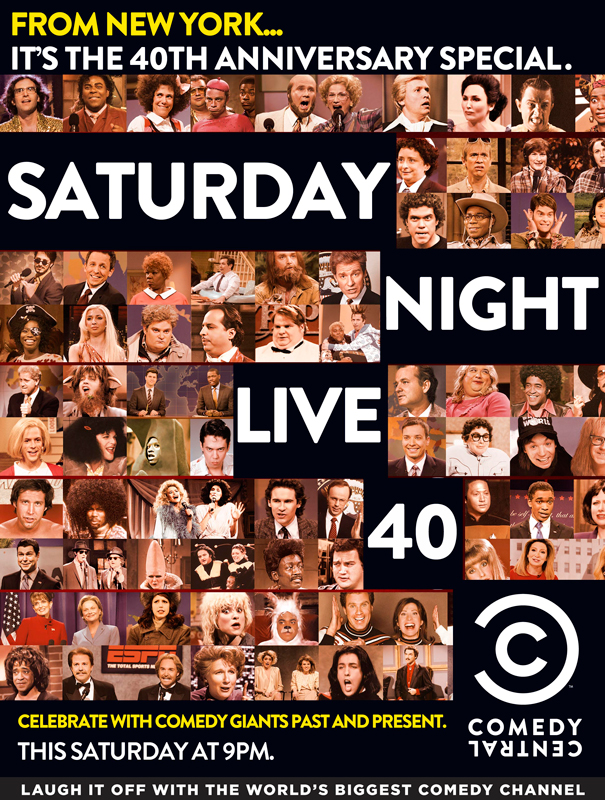 NewZNew (Chandigarh) : Experience a star studded and fun filled extravaganza as Comedy Central gears up to celebrate the 40th anniversary of the late night television sketch comedy – Saturday Night Live! Hosted by Matt Lauer, Savannah Guthrie, Carson Daly and Al Roker, the two hour special revelries kick off with a musical medley featuring catchphrases from the 40 year old history by Justin Timberlake and Jimmy Fallon. The other sketches include Celebrity Jeopardy, The Californians/Buh-Bye, Audience Q&A, Digital Short: That’s When You Break and Wayne’s World for the highly anticipated revelries. And for the celeb alert – Emma Stone, Kanye West, Adam Sandler, Melissa McCarthy, Will Ferrel, Robert De Niro, Justin Timberlake, Taylor Swift, Tom Hanks, Chris Rock and many more are all set to be a part of this 40th celebration.

So tune in to Comedy Central this Saturday, May 9th at 9pm and enjoy this hilarious evening.

Two kidney patients get a new lease of life at IVY...