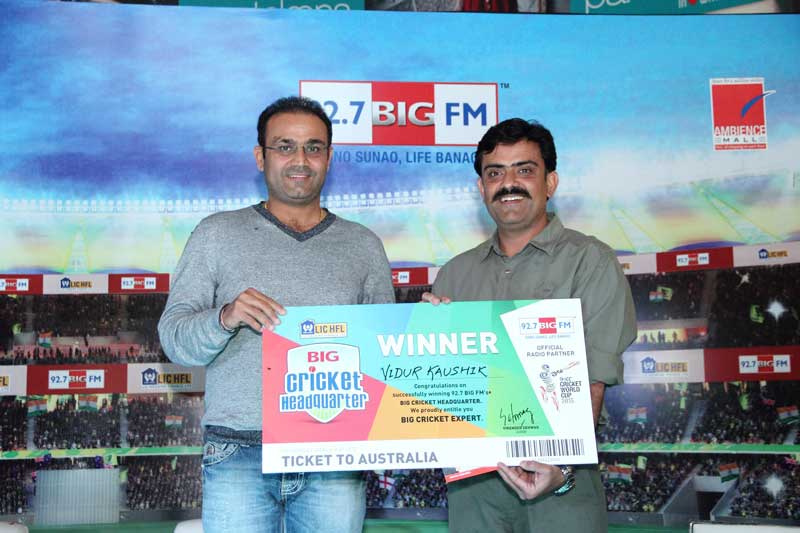 NewZNew (New Delhi) : Every aspiring cricketer’s role model, Virender Sehwag, today, at an event with 92.7 BIG FM Delhi quizzed the top 11 contestants for the popular radio network’s contest ‘Cricket Ka BIG Headquarter’. ‘Vidur Kaushik’ was selected as the winner who showcased his true passion for the game of cricket battled it out with all the contestants and emerged as the winner earning the BIG ticket to Australia – an all-expenses paid trip to the land down under to witness the ICC World Cup 2015 Final LIVE by 92.7 BIG FM. 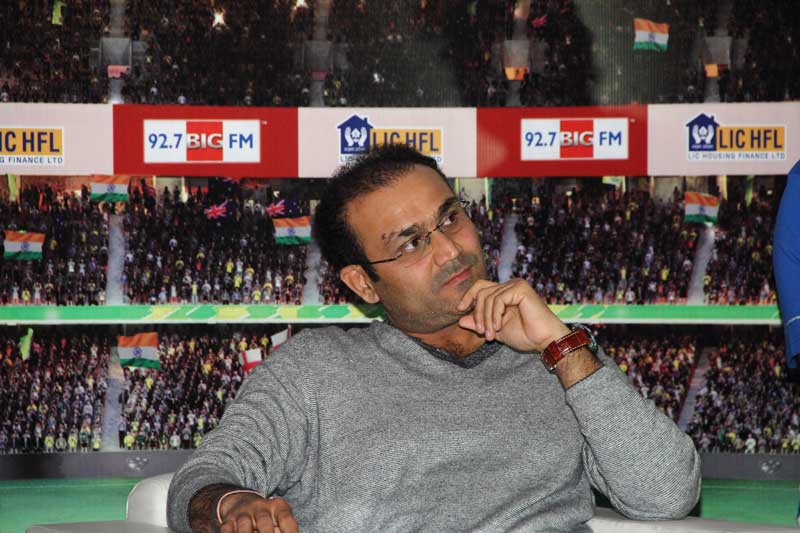 The Cricketer Virendra Sehwag spoke on the occasion, “I’m delighted to be a part of Cricket Ka BIG Headquarter. I’ve been part of it right since the beginning when I started commentating LIVE for the world cup matches along with Mr. Harsha Bhogle. This time, I’m judging a contest for the initiative and I’m so thrilled to meet such exceptionally talented young boys who so passionately follow the game. This is a great platform that the radio network has provided its listeners and fans of cricket alike.”

As he wished India good luck, he further added, “India has been playing wonderfully all through the tournament and I definitely see them going into the finals. I hope that the boys bring the cup back home, yet again this time.”

Anthem of Rock at Hard Rock Cafe every Wednesday