Cyclone Tauktae to lash Guj, Maha, Kerala coasts in 96 hrs: With a low pressure area developing rapidly over the Lakshadweep Isles and the Arabian Sea, a powerful cyclonic storm is expected to manifest by Sunday and is likely to hit the coasts of Gujarat, Maharashtra and Kerala in the next four days, the India Meteorological Department (IMD) said on Friday. 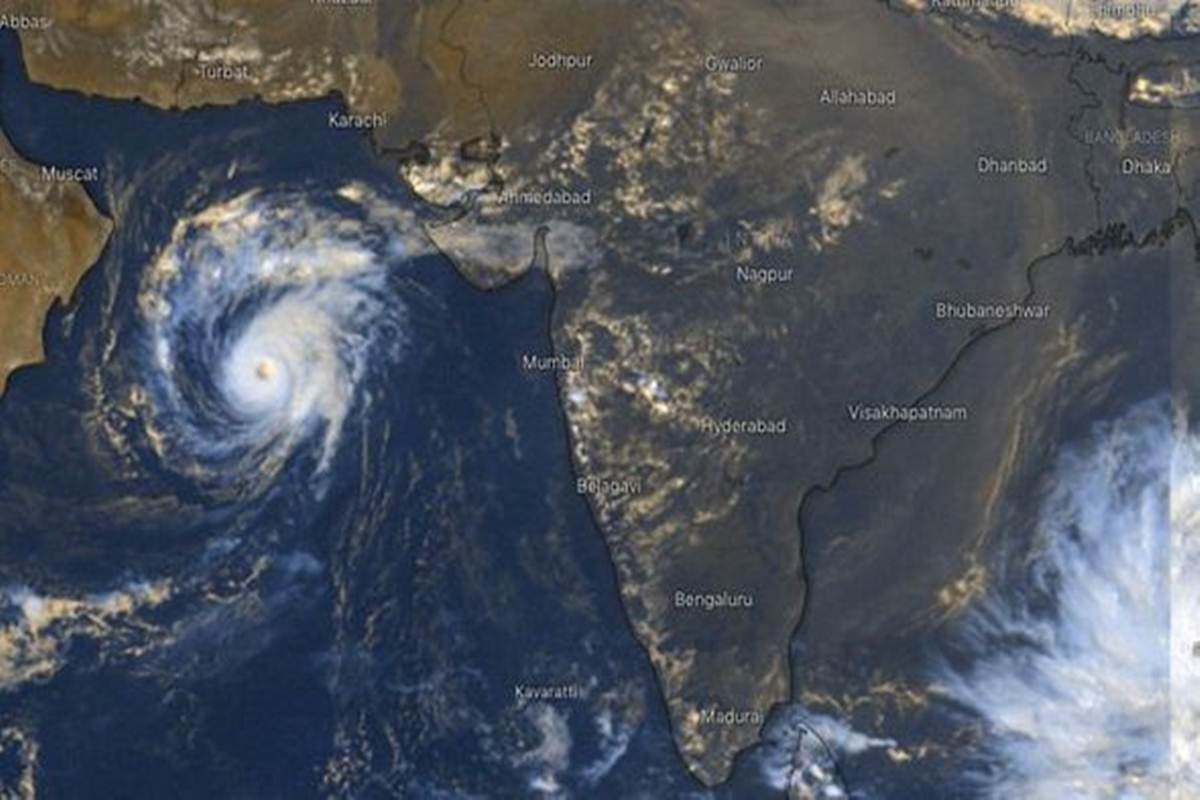 The IMD has already put Mumbai and Thane under a Yellow Alert, signifying isolated heavy rains accompanied by strong winds, while Orange and Red Alerts have been issued for several districts in Gujarat and Kerala.

The Cyclone Tauktae, currently developing over Lakshadweep Isles and the Arabian Sea, is likely to intensify into a full-fledged cyclonic storm on Sunday, causing heavy rains accompanied by gusty winds in southern and western coastal parts of the country.

“It is very likely to intensify into a deep depression during the next 12 hours and into a cyclonic storm during the subsequent 12 hours. It is very likely to intensify further. Initially, it will possibly move north-northeastwards till today evening. It would then move north-northwestwards and reach near Gujarat coast by May 18 morning,” the IMD said in its latest bulletin.

The storm will bring with it moderate rainfall in large areas in Lakshadweep Isles with heavy to very heavy spells in some place with extremely heavy rains in isolated places from today (May 14) till Sunday, the IMD said.

The cyclone would trigger heavy rains in Mumbai, southern Konkan region’s Raigad, Ratnagiri and Sindhudurg districts of Maharashtra, parts of Goa and Gujarat over the next three days till it reaches the Gujarat coast on Tuesday.

Ratnagiri and Sindhudurg are likely to witness very heavy rains on Sunday and Monday, while Mumbai, Thane and Raigad will be clobbered with very heavy downpour on Monday, besides thunderstorms in Satara, Kolhapur, parts of the Western Ghats and Pune over Sunday and Monday.

Coastal Maharashtra, especially the south Konkan region, could be lashed by squals reaching speeds of up to 60 kmph on Saturday, and increasing to up to 80 kmph on Maharashtra-Goa coasts on Sunday, besides very rough seas.

Fishermen already out in the Arabian Sea have been advised to return while others have been warned not to venture into the sea from May 14-18.

Auditions of India’s Biggest Reality Show of Acting & Dancing ‘No.1...